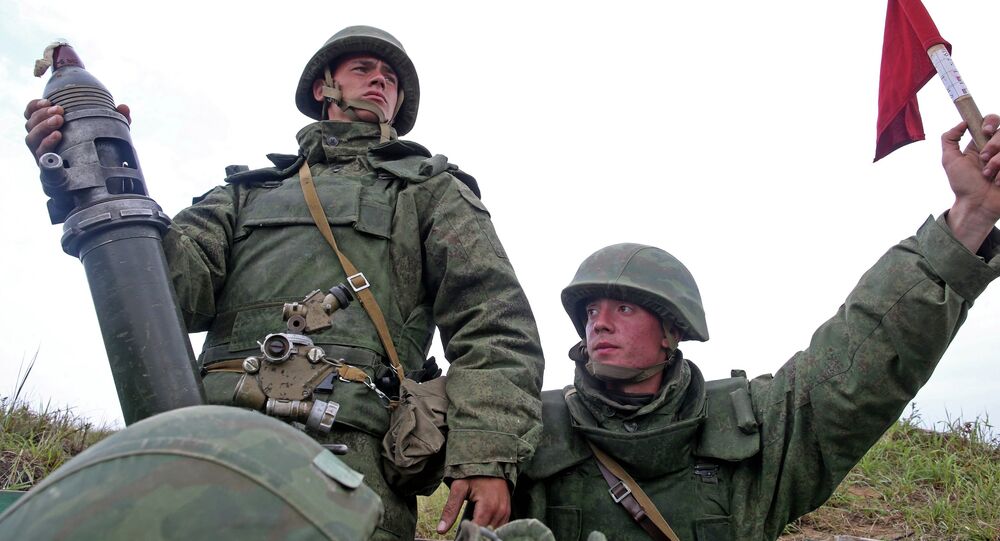 Instead of blaming the Kremlin for aggravating tensions between Russia and the Baltic states, Western hawks should just look in the mirror, Neil Clark noted, adding that "crude Russophobia" demonstrated by some politicians is inexcusable.

Russia does not pose any threat to the Baltic states and fully respects the sovereignty of Estonia, Latvia and Lithuania, Neil Clark, a journalist, writer and broadcaster underscored in his RT Op-Ed, blasting Western hawks for blatant provocations and the escalation of tensions in Eastern Europe.

"It's in the interest of the Baltic states and Russia to have a friendly relationship based on mutual self-respect. But the hawks in the West, and their local proxies, clearly don't want constructive co-operation, but more baiting of the Russian bear," Neil Clark underscored.

© AFP 2019 / DOD
Latvian Military Claims to Have Spotted 2 Russian Warships, Sub Near Border
The journalist argues with Lee Edwards, a biographer of Ronald Reagan and a fellow of the neocon mouthpiece Heritage Foundation, who claimed that Russia is increasing "economic, political and military [pressure] on the tiny but strategically located Baltic nations of Estonia, Latvia and Lithuania."

At the same time, Britain's Defense Minister Michael Fallon is also beating the war drum, claiming that Russia is trying to "destabilize" the Baltic states.

But the situation on the ground shows that the Western hawks are calling black white and vice versa.

Indeed, noted the journalist, the relations between Russia and Lithuania are deteriorating rapidly, but it has been the Lithuanian leadership, "whose rhetoric has been the most aggressive."

© AP Photo / Roman Kosarov
Growth of Nazism in Europe is 'Obvious Threat' – Kremlin Chief of Staff
Lithuanian President Dalia Grybauskaite has repeatedly attacked Moscow in the media, calling Russia a "state with terrorist elements," groundlessly slammed the Kremlin for the invasion of Ukraine and even went so far as to compare Russia with the notorious Islamic State.

Furthermore, in another interview, Grybauskaite without a moment's hesitation compared the Russian President to Adolf Hitler and Joseph Stalin, claiming that Moscow could use the problems of Russian ethnic minorities in the Baltic states as a pretext for an "intervention."

"The crude Russophobia of politicians like Grybauskaite is inexcusable, as are the actions of Western hawks who seek to exploit historic fears of Russia to further their own geo-political interests," Neil Clark emphasized.

© Flickr / joseluisce
NATO Baltic Air Policing Mission Prepares for Handover
The journalist pointed to the fact that the Baltic states have got some skeletons in their own closets. For instance, "it's clearly wrong that there is no official status for the Russian language" in Latvia and Estonia – the countries with a large percentage of native Russian speakers, Neil Clark pointed out.

The journalist added that Latvia, Lithuania and Estonia are also trying to rewrite the history of their collaboration with Nazi Germany during the Second World War, making attempts "to turn perpetrators into victims." The annual Waffen SS veterans' parades in Riga rightly cause outrage, and not just in Russia, he noted.

However, marches, honoring Waffen SS legionaries, are "not the only anti-Russian provocations to have taken place in the Baltic states," Neil Clark added, pointing out that in February 2015, almost 140 pieces of NATO heavy weaponry "were paraded a mere 300 meters from the Russian border," in Narva, Estonia. In addition, this Monday NATO launched military drills in Estonia, involving 13,000 military servicemen.

Evidently, it is NATO who is escalating tensions in the region through its military maneuvers, the journalist stressed. "The anti-Russia brigade" is using the Baltic states as an arena for provocations aimed against Russia, and at the same time trying to scare people in the West with non-existent threats, he claimed.

Come Fly With Me: Spanish and Russian Warplanes Meet Over Baltic Sea

EU Falls Victim to Its Own Geopolitical Adventurism in Ukraine