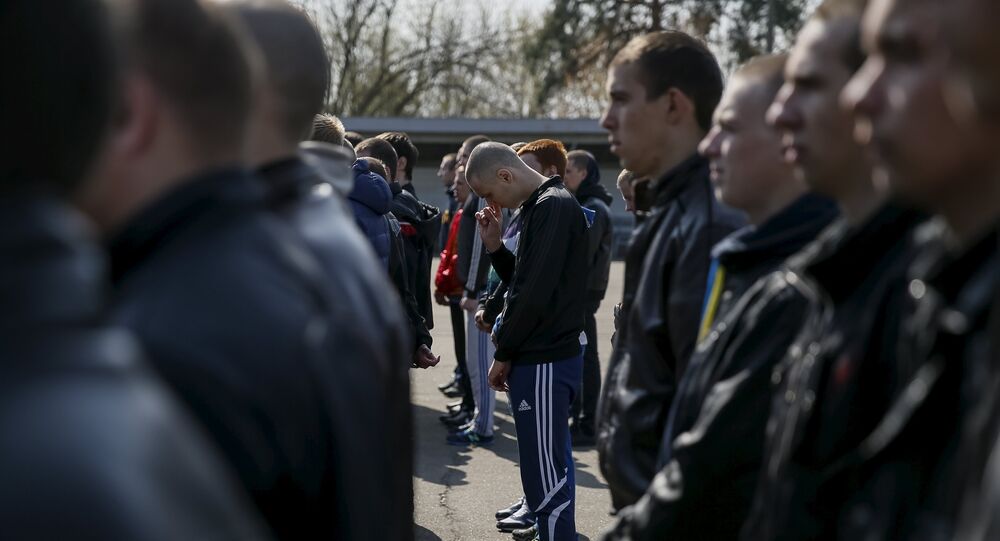 In Kiev alone, 95% of working-age men are evading military service, using a variety of methods from bribery to fleeing to other countries.

Evasion of conscription in Ukraine has skyrocketed, the German newspaper Handelsblatt reported.

© REUTERS / Maksim Levin
Ukraine to Draft About 21,000 Recruits in Spring – Defense Ministry
Companies are struggling to find a false excuse for their employees in order to help them avoid military service.  The illegal business is thriving, with doctors trading medical certificates and travel agencies organizing “special trips” for those seeking to leave the country.

Residents of Western Ukraine usually flee to Europe, while men from eastern provinces go to Russia, the article said.

The newspaper recalled the recent arrest of a medical worker from Chernivtsi who issued faked medical certificates with his signature for 3,500 euros. In western Ukraine, more than half of the youth population has left the country over last few months.

Overall, 70% of the working population in the western regions of Ukraine went to neighboring Poland and Romania, and many others fled to Italy, Germany and Austria. All of them have Schengen visas and are working in Europe as seasonal workers, pursuing two main goals: to feed their families and evade military service.

The situation in the eastern regions is similar, with many residents going to neighboring Russia for work and staying there to avoid military service, Handelsblatt reported.