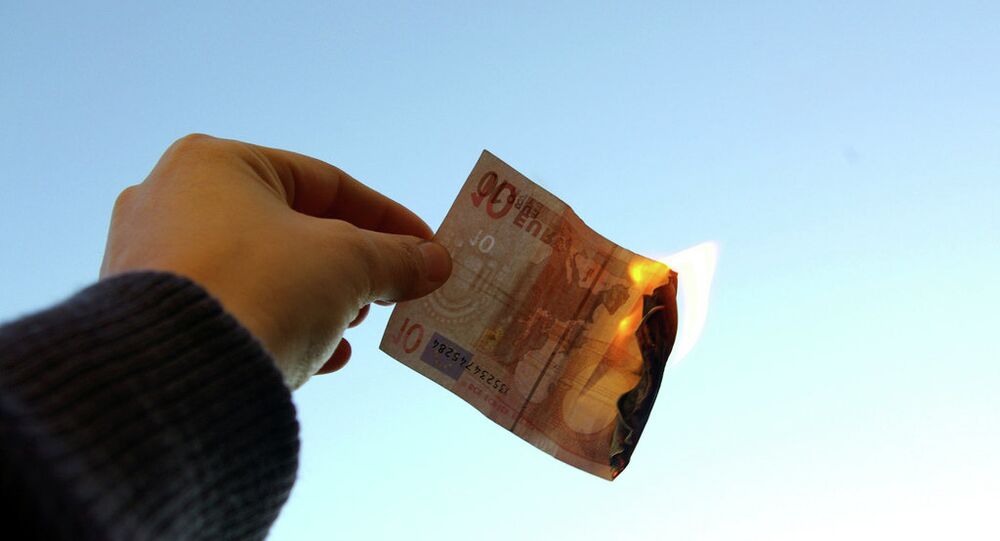 Show Me the Money? Stats Show Spain Recovered Only 5 Percent of Bank Loans

Spain has recovered only 5 percent of the $57.2 billion (51.3 billion euros) in state aid used to prop up the country's under-fire banking sector since 2009, the Bank of Spain said.

The funds were provided to Spain's banks as part of a restructuring fund following the global financial crisis, and were used to prevent many of the country's banks from collapsing.

However, of the $57 billion provided by Spain, so far only $3 billion has been recovered, according to officials from Spain's central bank.

Many Spanish banks were forced into applying for either state or private sector loans following the burst of the country's so-called 'housing bubble' in 2008.

Spain unemployment has now fallen to *only* 4.33 million (23% of economically active). pic.twitter.com/16Y8QV6zwR

Some banks were also responsible for releasing misleading figures on losses and earnings, which was seen as a major factor leading to the financial crisis in Spain.

This forced Madrid to nationalize some of the country's banks, while the European Union also provided financial aid packages to prevent the ailing banks from collapsing.

While some funds have been recovered by the government following the sale of Catalunya Banc, which was among those nationalized, the latest figures released by the Bank of Spain are sure to raise many more questions over why so little has been recovered since 2009.

The decisive issue of giving banks loans comes at a time of widespread austerity and high unemployment in Spain, with the country's economy still feeling the effects of the 2008 banking crisis.