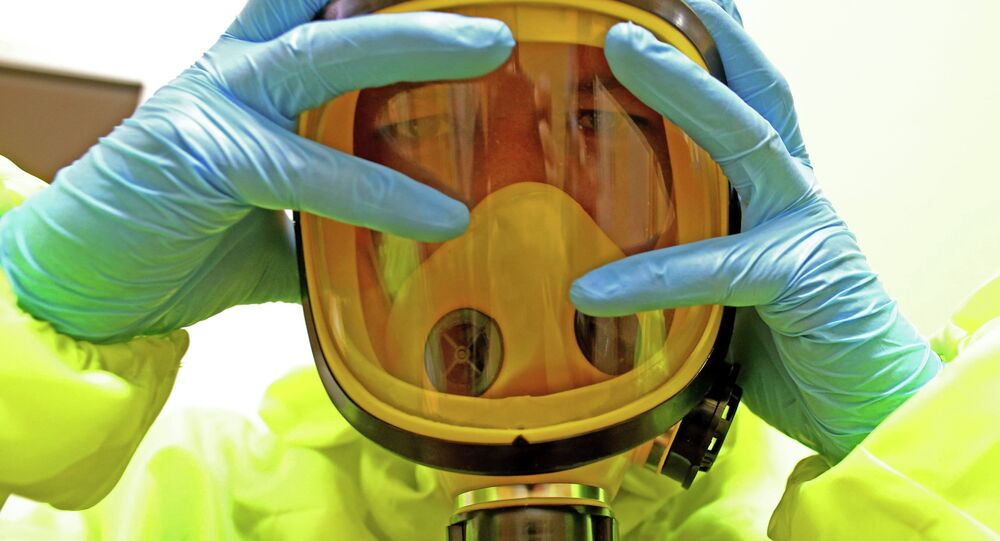 A man suspected of contracting the deadly Ebola virus has been hospitalized in Dusseldorf, Germany.

A man from the German city of Bochum was taken to a hospital in Dusseldorf, after he was suspected of being infected with the Ebola virus.

The man is said to have arrived from Guinea, one of the West African countries affected by the deadly virus. The authorities of the German state of North-Rhine Westphalia said the possibly infected man does not pose a threat to the public.

Although there have been reports that the Ebola outbreak appears to be subsiding, the Red Cross issued a warning on Sunday that the real number of victims could be significantly greater than official statistics.

"Even though statistics show that over 9,000 people died of Ebola, our volunteers on the ground were called on to bury 14,000, which means that many more died from Ebola," Mohamed El-hadj Assy, the Secretary General of the Red Cross, told during a conference in Brussels.

© AP Photo / Abbas Dulleh
Almost 26,000 Infected With Ebola in West Africa – WHO
Half of people who contract Ebola die. Symptoms include vomiting and diarrhea, as well as internal and external bleeding.

A number of countries are developing a vaccine to combat the virus. Russia announced last week its vaccine will be unveiled by the end of summer after testing.

Russia Could Have Ebola Vaccine by End of Summer - Deputy PM