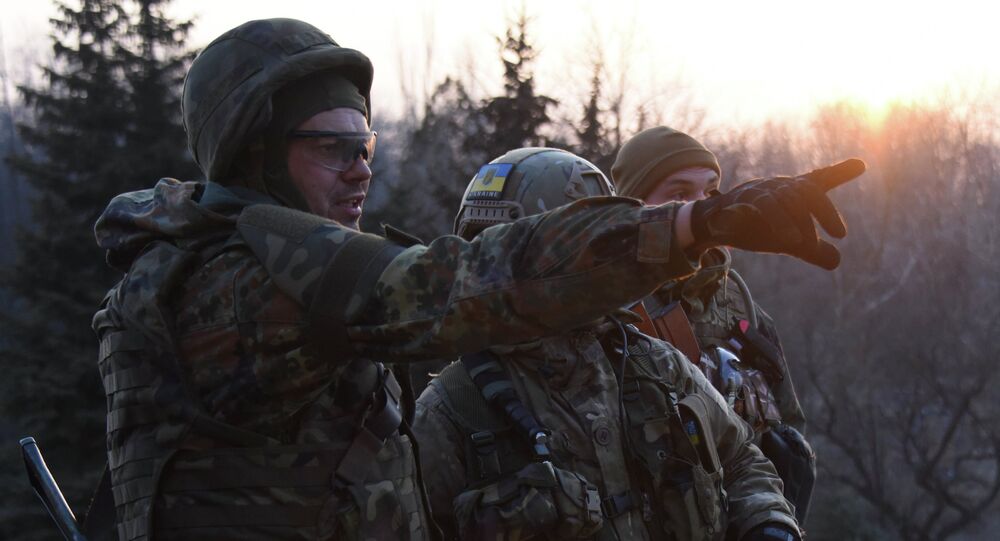 The Ukrainian military will not move out of the village of Shirokino, near Mariupol, the deputy commander of Kiev’s so-called “antiterrorism operation” said in televised remarks on Sunday.

© AP Photo / Mstyslav Chernov
OSCE Chair Condemns Ceasefire Violations in Ukraine
“The operation’s command will under no circumstances do the militants’ bidding and unilaterally scale down the security of the city and the region as a whole, Serhiy Galushko told the Kiev-based Channel 112 TV, adding that the Ukrainian forces were allegedly coming under “rebel” fire as many as 60 times a day.

Earlier on Sunday the Donbass voluntary battalion sent in reinforcements to Shirokino, with the battalion commander Semyon Semenchenko saying the village was now fully under the control of the Kiev forces.

The leaders also endorsed the Ukrainian leader’s proposal to “demilitarize” Shirokino and set up an OSCE observation point there.