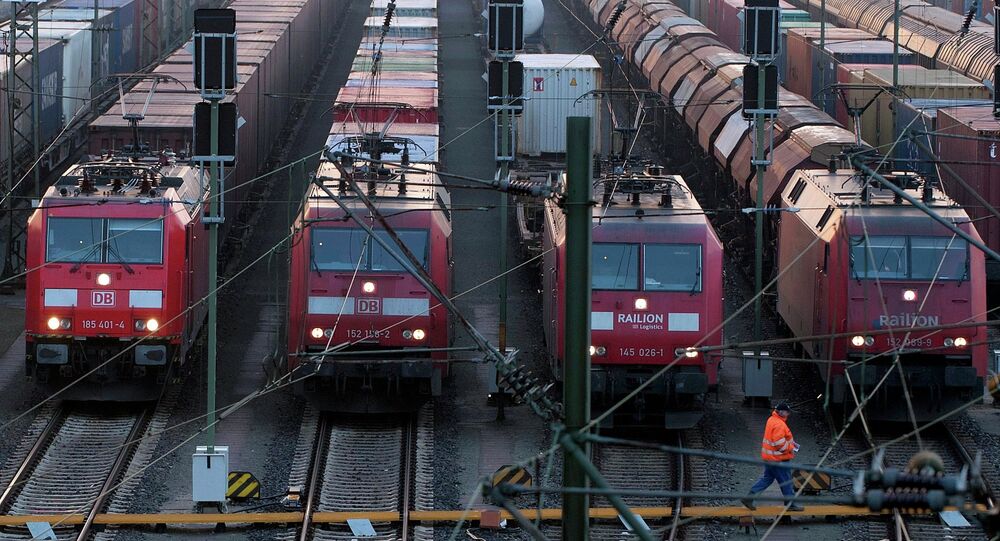 MOSCOW (Sputnik) – GDL said in a statement posted on its website on Sunday that the April 29 meeting with DB negotiators was "inconclusive" and that the union is still struggling to reach a fair pay agreement with the railway company, which has led GDL to believe "that no results are to be achieved in the negotiations."

The union has been negotiating for a 5 percent pay rise and a reduction in working hours, as well as the right to negotiate on behalf of not only train operators, but other employees as well, such as train stewards.

GDL is calling on its members operating freight trains run by DB to start striking on Monday at 15:00 local time (13:00 GMT), while the passenger train drivers' strike is set to start on Tuesday, at 02:00.

This is the eighth time that DB train operators are striking amid ongoing negotiations. Last month, two-thirds of Germany's long-distance trains were cancelled because of a GDL strike.

Both the union and the Deutsche Bahn railway company are blaming each other for the lack of progress in their talks.