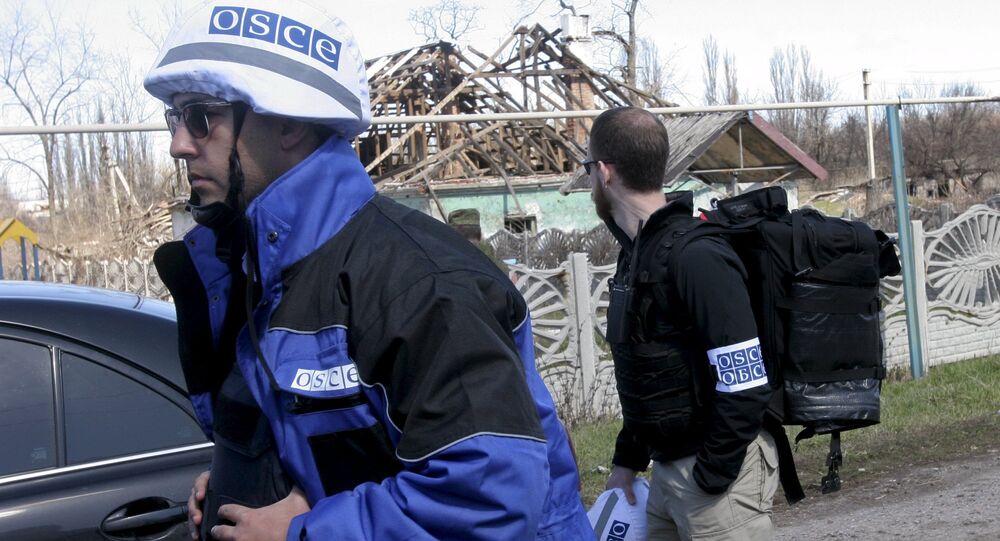 On Saturday evening, independence supporters in eastern Ukraine said that Kiev forces had shelled Donetsk airport and nearby residential areas.

"The observers should make public the names of those responsible for gross violations of the first two points of the [February] Minsk agreements," Denis Pushilin said as quoted by Donetsk news agency.

The 13-point peace agreement signed by sides to Ukraine conflict in Minsk, Belarus, in February contains a range of steps that both Kiev and Donbass forces need to take to de-escalate a year-long conflict, including a February 15 ceasefire agreement and heavy weaponry withdrawal from the line of contact.

Under the deal, a constitutional reform should be held in the country granting special status to the eastern regions of Donetsk and Lugansk.

The authorities of the self-proclaimed people's republics of Donetsk and Lugansk have repeatedly accused Kiev of violating the key provisions of February Minsk peace accord.