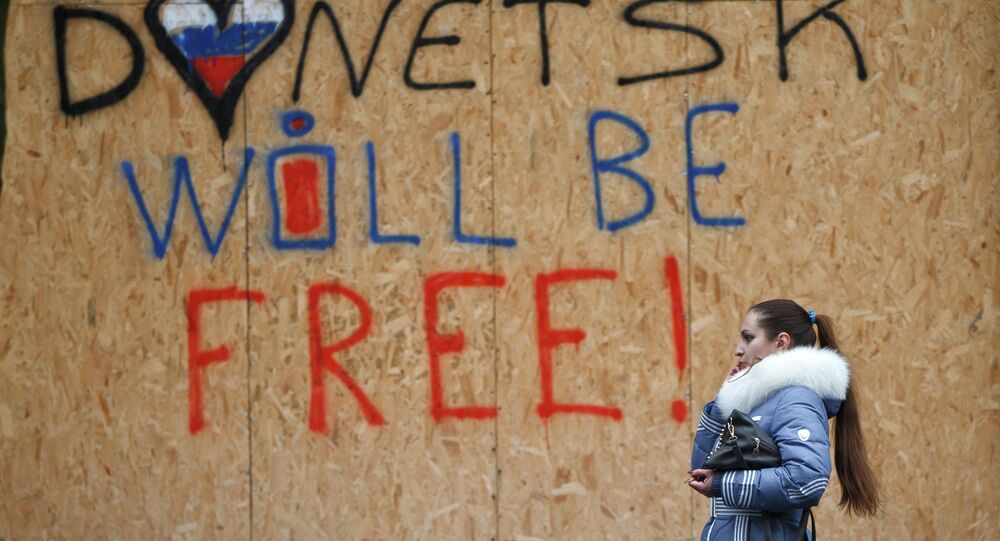 “The situation in Ukraine is very unstable… Italy supports Kiev, but Kiev needs to implement painful but necessary economic and constitutional reforms, including granting autonomy to Donbass,” the Sunday edition of the Turin-based newspaper La Stampa quoted the minister as saying.

© Sputnik / Vladimir Sergeev
'ASAP': Italy’s Economic Minister Urges Lifting of Anti-Russia Sanctions
Paolo Gentiloni said this was something he was going to discuss with Ukrainian President Petro Poroshenko during his May 5 visit to Kiev.

Referring to his country’s relations with Russia, the minister said that, acting in line with the common EU strategy, Italy had imposed sanctions against Moscow, but at a “heavy price.”

Saying that relations with Russia would hardly be the way they used to be before the outbreak of the Ukrainian crisis, Paolo Gentiloni still added that “we believe that we should not shut the door on Russia… We need to keep our channels of communication with Moscow open.”

“We appreciate the role Russia is playing in the settlement of international crises, from the Iranian nuclear deal to the tragic crisis in Syria, and we believe Russia could play a useful role also in Libya,” Gentiloni added.

He also held out hope that President Vladimir Putin would accept an invitation to attend the ongoing EXPO-2015 in Milan and would have a meeting with Prime Minister Matteo Renzi.