Activists of the NGO ‘Free Zone’ forced Russian bikers to cut their Saint George’s ribbons from their bikes.

In Tbilisi, activists of the NGO ‘Free Zone’ forced Russian bikers to cut their Saint George’s ribbons from their bikes.

“They were forced to cut ribbons with their own knives, and were forbidden to use these ribbons in Georgia,” said activist of the Free Zone Farnaoz Chkadua, Georgia Online reported. 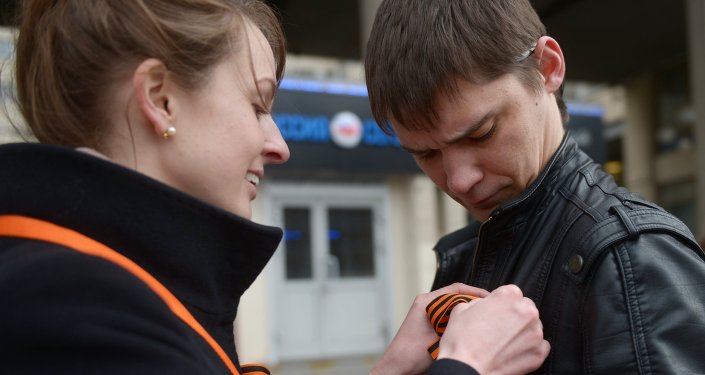 © Sputnik / Grigory Sysoev
Rossiya Segodnya Launches St. George Ribbon Campaign Wednesday
The ribbon consists of a black and orange bicolor pattern and is widely associated with the commemoration of World War II. The ribbon of Saint George is used by Russian civilians as a patriotic symbol.

The publication notes that among those who made the Russian bikers remove the ribbon was Irakli Kantariya — grandson of the legendary Meliton Kantaria — one of those who hoisted the Victory Banner over the Reichstag.

Soon afterwards Georgian police officers arrested the activists who forced the bikers to cut off their ribbons. They were taken to an undisclosed location but later all were released.

It is reported that another group of Russian bikers is heading towards Georgia from Tambov, Russia.