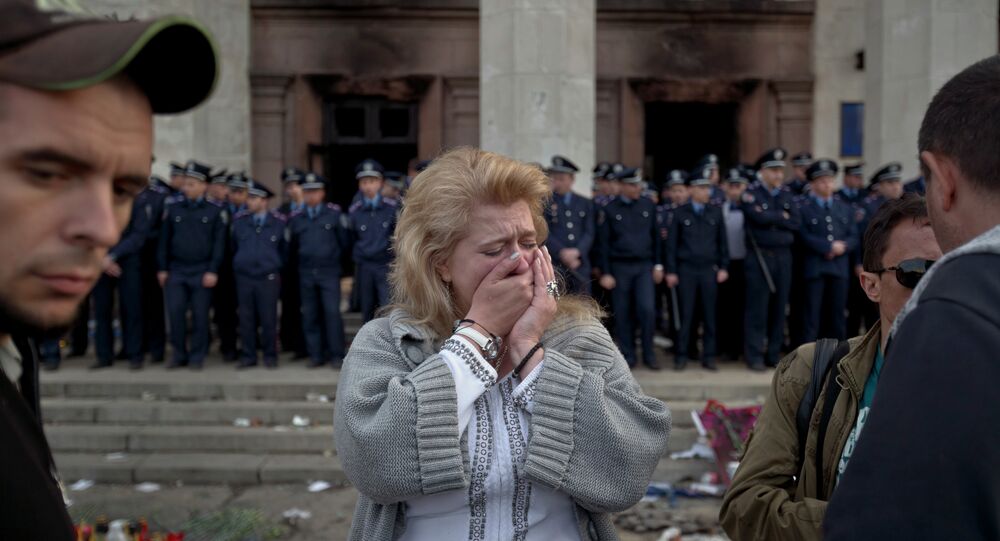 Prominent Italian journalist Franco Fracassi was detained by Kiev police while on his way to Odessa to commemorate the victims of the May 2, 2014 massacre, an Italian rights activist said on Saturday.

“Our friend and colleague was arrested at Kiev airport and placed in a cell with ordinary criminals,” Svetlana Vilke told Ukraina.ru internet portal. She added that Fracassi would be put on the first plane back to Rome.

© AP Photo / Vadim Ghirda
One Year After Odessa Massacre in Ukraine: How Tragedy Unfolded (VIDEO 18+)
Franco Fracassi was detained on Friday night after he arrived in Kiev from Rome en route to Odessa.

“When asked why Fracassi had been denied entry to Ukraine, the officials said they didn’t like the things he wrote,” Vilke added.

Franco Fracassi was the first Italian reporter to provide a detailed coverage of the May 2, 2014 tragedy at the Trade Union House in Odessa and putting a finger of accusation on the Ukrainian radicals.

He has also authored a series of articles about European neo-Nazis fighting as part of Kiev’s voluntary battalions.

On May 2 last year, radicals from the Right Sector ultranationalist group, officially banned in Russia, set fire to the Trade Union House in Odessa, killing 48 and injuring over 200 anti-Kiev activists inside.