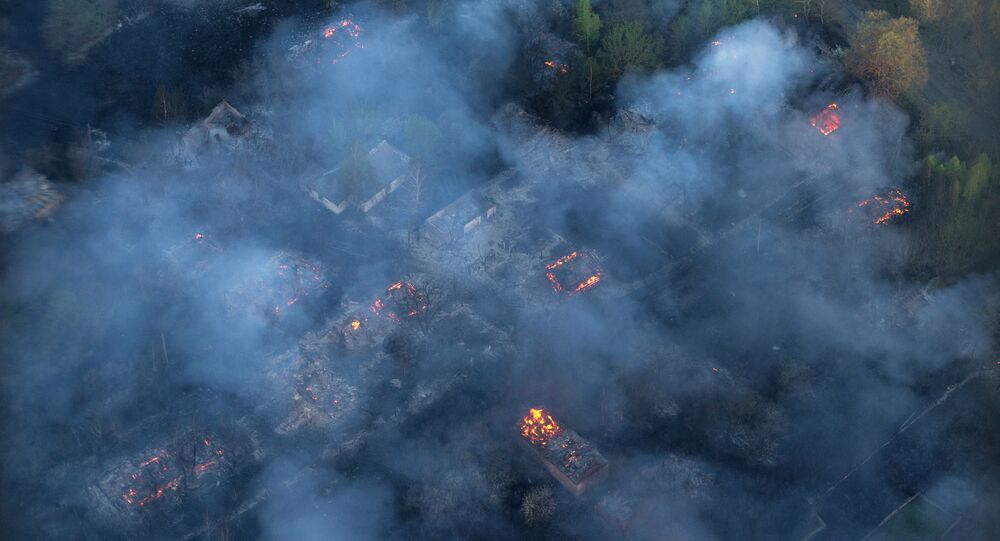 Wildfires inside the Chernobyl 19-mile Exclusion Zone started Tuesday and spread across a territory of about 320 hectares.

“According to the results of the measurements in the area of fire and in its epicenter radiological background has not changed. That was expected, since the density of pollution in the area is not high,” said the engineer, Denis Vishnovskiy, media reports.

He continued saying that even when during a fire there is a rise in the atmosphere of certain radioactive substances, the amount of these compounds was not significant and did not cause a change in the background.

“On the other hand, it has led to an increase in radionuclide content in the air but again only slightly. We have seen a positive tendency, but it does not even reach the level of control.”

© Sputnik / Andrei Aleksandrov
Forest Fire Erupts Dangerously Close to Chernobyl Nuclear Plant
The recent fire, which was the worst in the last 20 years, was caused by weather conditions which contributed to the spread it: a dry autumn, snowless winter followed by a dry spring.

"Low humidity accumulated a large amount of dry biomass. In the area the fire is not uncommon, and it was quickly localized. But the speed of the fire spread and the scale of it was unique,” said engineer Denis Vishnevskiy, according to media reports.

In the beginning of the week there had been concerns that wildfires in areas contaminated by the Chernobyl accident could re-disperse the high levels of radioactivity contained in the soil-surface layer and in the plants, potentially posing an increased cancer risk to the inhabitants of those areas.