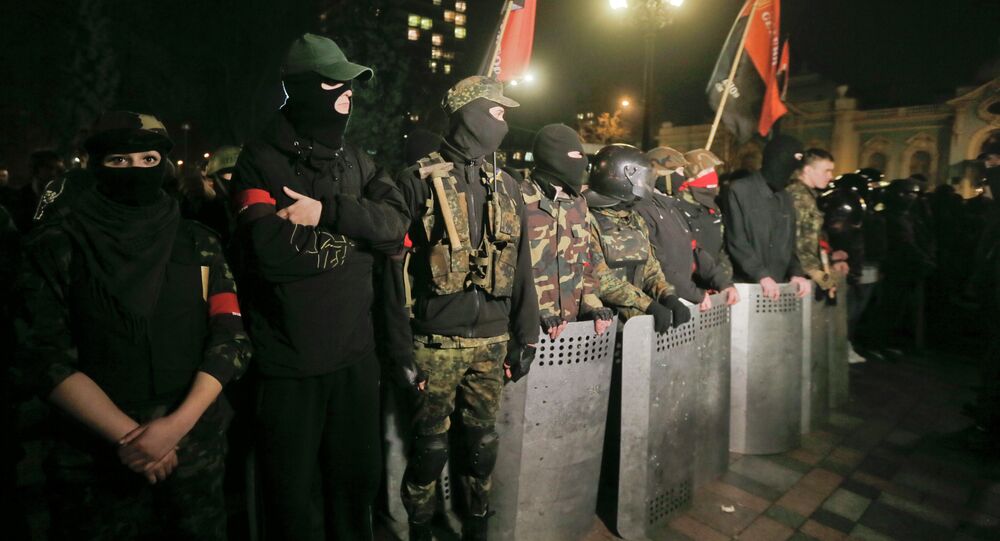 Right Sector militants allegedly detained five men in a pit. Those men are not Donbass independence supporters, but volunteer doctors who helped the Ukrainian army.

"Two of them — Serhiy Suprun and his comrade Biker — evacuated more than twenty injured cyborgs [Ukrainian soldiers who fought at the airport] from the Donetsk airport," Oleksandr Danylyuk wrote on his Facebook page.

Posted by Oleksandr Danylyuk on Friday, 1 May 2015

The civil activist noted that the volunteers might have witnessed the Right Sector's lawless actions. Now the group is intimidating the doctors into keeping quiet about what they had seen.

"You can form volunteer armies. But there will be no volunteer prisons in Ukraine," Danylyuk wrote.

© AP Photo / Vadim Ghirda
One Year After Odessa Massacre in Ukraine: How Tragedy Unfolded (VIDEO 18+)
One of the doctors, Serhiy Suprun, phoned in and said that he had been on a hunger strike for the entire five days. The group promised to release only him, the ex-adviser added.