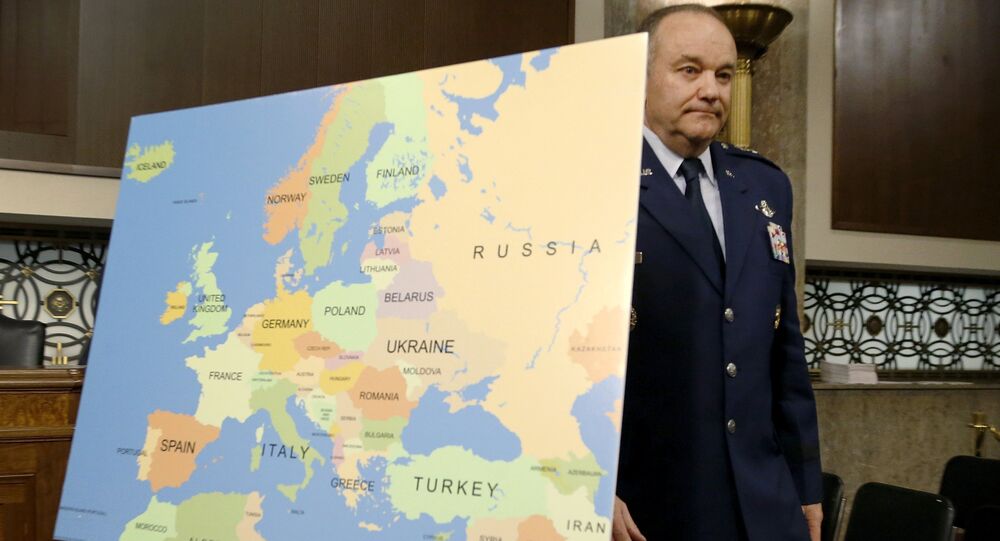 © AP Photo / Virginia Mayo
NATO Commander: Even Destabilizing Options Should Be Considered in Ukraine
WASHINGTON(Sputnik) — Providing offensive weapons should be a component in the US approach to establishing peace in the conflict in Ukraine, NATO Supreme Allied Commander Gen. Philip Breedlove said on Thursday.

“I support the consideration of using offensive weapons to change the decision calculus on the ground [in eastern Ukraine] and to facilitate bringing our opponent to the table for a solution, a final solution,” Breedlove told the US Senate Armed Services Committee.

Breedlove went on by accusing Russia of using “every tool to their great advantage, including the military tool.”

Russia, in turn, has repeatedly said that supplying Ukraine with offensive weapons would only escalate the conflict.

The North Atlantic Treaty Organization (NATO) has been increasing its presence in eastern European allied countries and near Russia's border under the European Reassurance Initiative and Operation Atlantic Resolve. The past year’s increases in military exercises and financial commitments by NATO allies come amid strained NATO-Russian relations.

The United States and its allies have accused Russia of meddling in Ukraine’s affairs. Moscow has repeatedly refuted the accusations, expressing concern over the build-up of NATO forces next to its territory.