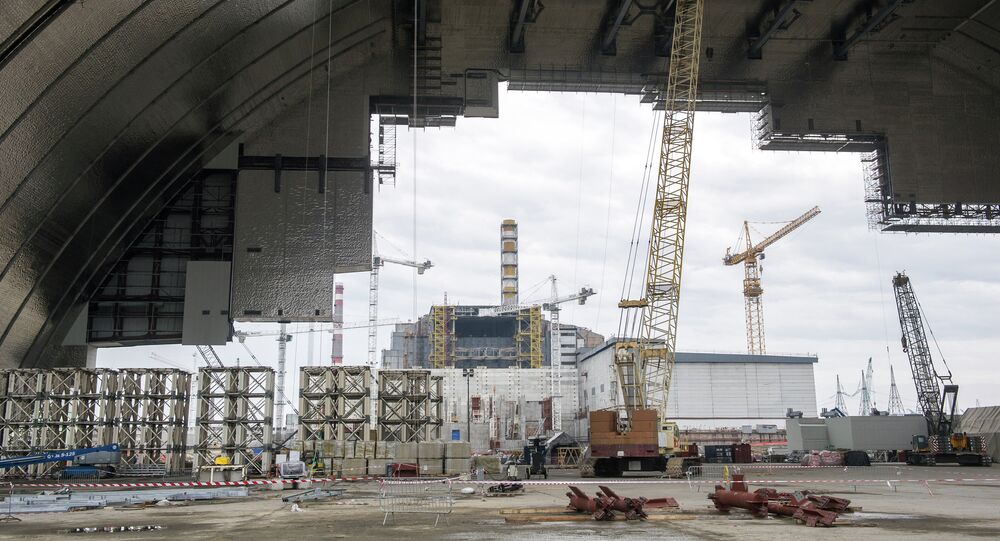 The Russian government allocated an additional 10 million euros for the construction of a new sarcophagus over the destroyed fourth power unit of Chernobyl nuclear power plant.

The Russian government allocated an additional 10 million euros for the construction of a new sarcophagus over the destroyed fourth power unit of Chernobyl nuclear power plant, as stated in a decree published on Thursday, April 30.

© Sputnik / Andrei Aleksandrov
Chernobyl Forest Fires Exclusion Zone to Be Contained Wednesday
On April 22, Ukraine's Verkhovna Rada declared that there is chronic underfunding of the work required to decommission the Chernobyl Nuclear Power Plant (CNPP) and the need for the construction of a new sarcophagus.

The MPs found that the state program to carry out the work only had enough funding to complete 57 percent of the plan. The predicted funds for 2015 do not even cover the immediate needs. "As a result the implementation of measures on the decommissioning of the Chernobyl nuclear power plant is in jeopardy," stated the Ukrainian parliament, media reports.

Following the Chernobyl accident a concrete structure, a sarcophagus, was constructed to prevent the further spread of the leaked radiation.

The current decommissioning process involves not only the shutdown of the reactor but also eliminating all of the sources of radiation by getting rid of the processed radioactive fuel in order to create a clean environment.

© Sputnik / Alexei Furman
5 Reasons Why the Chernobyl Disaster Got So Out of Control
To clean up the plant, the construction of a new sarcophagus is required in place of the old one. The existing one, Project Ukritiye (Cover in Ukrainian) is threatening to collapse; hence there is an urgent requirement of a construction of a new system in order to secure the sarcophagus. This construction should be completed by 2017.

In the immediate vicinity of the Chernobyl nuclear power plant the construction of the "Vector" complex is already underway, specifically designed for the disposal of nuclear fuel. There are about 730 people working at the site with about half of them the former employees of the station.