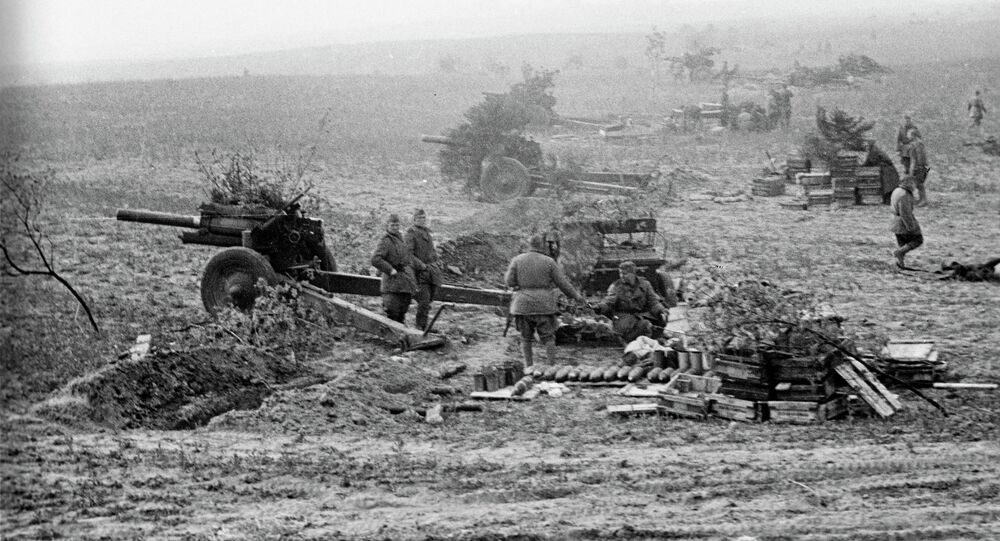 Felix Berenskoetter, associate professor at the University of London's Department of Politics and International Studies, said that in Western Europe during the cold war the story was not of Soviet liberation, but of western liberation.

© Sputnik / Leonid
Propaganda Belittles Soviet Army Role in Liberating Europe From Nazism
MOSCOW (Sputnik) — The history of World War II has been told differently in Eastern and Western Europe, ending up with two disparate perspectives on the events of the war, experts told Sputnik.

"In Western Europe during the cold war the story was not of Soviet liberation, but of western liberation. The emphasis was always on western allies and the Americans especially. During the Cold War that was normal," Felix Berenskoetter, associate professor at the University of London's Department of Politics and International Studies, said.

Despite the fact that casualty figures are widely available, the story of who ended the war and who suffered the most varies across the continent, the expert told Sputnik.

What's the main cause of the current misconceptions over WWII?
Voted: 33
All polls
According to Eddy Fougier, a political analyst at the French Institute for International and Strategic Affairs, opinions on WWII are divided as different parts of Europe were liberated by different armies.

For France, the landings of US, UK, Canadian and Australian troops in Normandy were among the strongest images of the war, according to Fougier.

"This is what we call the liberation of France. It is true that for French people, the Soviet Union was far away. This fact, together with general culture, influences the perception of the role of the Soviet Union in WWII," he said.

Polls conducted exclusively for Sputnik by ICM Research and published earlier on Tuesday revealed that only 13 percent of German, British and French respondents believe that the Soviet Army played a key role in liberating Europe from Nazism.

Meanwhile, over 40 percent of respondents believe that the US Army played the most crucial role in determining the outcome of the war.