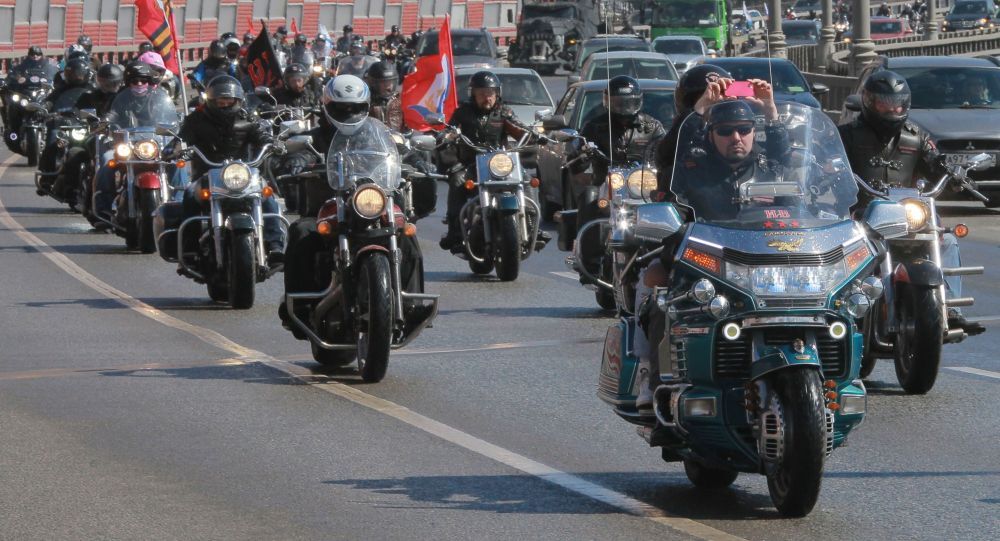 Finnish Border Guard on the Lookout for Russian Bikers

Finnish border control officials have been on the lookout for Russian bikers following rumors that members of the Night Wolves motorcycle club may attempt to reroute their planned ride to Berlin via Finland.

© Sputnik / Vitaliy Belousov
From Moscow to Berlin on Bikes: Night Wolves' Victory Day Rally
10
Russia's RIA Novosti has reported that about ten members of the Night Wolves may try to ride to Berlin via Finland to celebrate Victory Day, following Poland's refusal to let the bikers ride through on Monday. If allowed through, the Night Wolves could take a ferry from Helsinki to Stockholm, from where they could ride on through Sweden, Denmark, and Germany, eventually reaching Berlin.

Finnish border guard service worker Lieutenant Colonel Jaakko Ritola did not reject outright the possibility that the bikers might be let through, noting only that they would be subject to normal border checks, Finland's Yle has explained.

"Every time a border check is made, this takes into account the full situation of that particular case, and therefore it’s not possible to say in advance who will be able to cross the border and who won’t," Ritola noted. The official noted that Finnish border officials have been following the story of the bikers' travails in the media, adding that they have shown particular interest in "how other border authorities in other Schengen countries have responded to this issue."

On Tuesday, Finnish Interior Minister Paivi Rasanen told Yle that the country's border services have requested more information from Polish authorities about why the Russian bikers were refused passage through the country.

The bikers had initially hoped that in the event that they were not allowed to cross the border as a convoy, they could enter separately across several locations. However, the Polish border guards dashed their hopes; spokesman Dariusz Sienicki explained Monday that "these people will not cross into Poland," adding that each of them had received a separate refusal.

© Sputnik / Vitaly Podvitski
Taking the Low Road
Ahead of the ride, Night Wolves leader Alexander Zaldostanov had noted that "if we give up on this ride, we will have to give up on everything — on May 9, on the graves [of the fallen Soviet soldiers], on monuments, on memory, on our history, on all our values; we will lie in a coffin and die. This will not happen.”

The rally to mark the 70th anniversary of the Soviet victory over Nazi Germany started Saturday in Moscow. About four dozen members of the Night Wolves motorcycle club had planned to visit several European countries before finishing the journey on May 9 in Berlin, laying flowers at the monument to Soviet soldiers in Treptow Park.