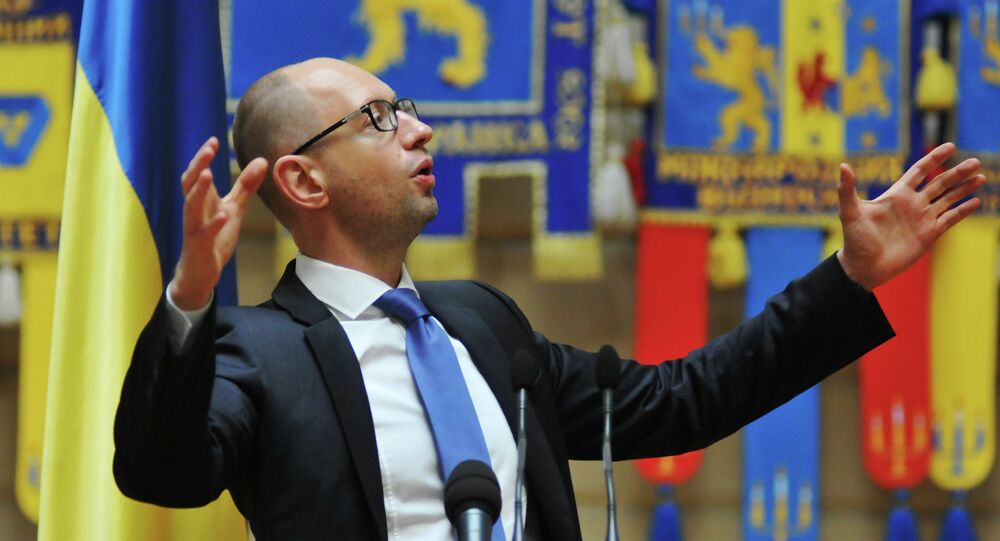 Yak vy pozhyvayete? Vy rozmovliayete ukrayinskoyu? Soon members of the European Union (EU) will have to start learning Ukrainian, after Ukraine’s Prime Minister Arseniy Yatsenyuk said the Ukrainian language might become one of the official languages of the EU.

Prime Minister Arseniy Yatsenyuk said during the plenary session between Kiev and the EU that Ukrainian might become one of the official languages of the EU, Channel 112.ua said.

"I am convinced that there is a significant prospect that the Ukrainian language will become an official language of the EU, and that's why we've gathered here today," the prime minister said during the plenary session.

Ukrainian President Petro Poroshenko was quite optimistic during his speech, stating that hopefully English and French will soon become the two working languages in the Ukrainian government.

Speaking about Ukraine's future EU membership, Poroshenko urged the EU to recognize its application, if and when the country passes all the required criteria.

Poroshenko Says English Should Be Second Mandatory for Study Language in Ukraine: Reports