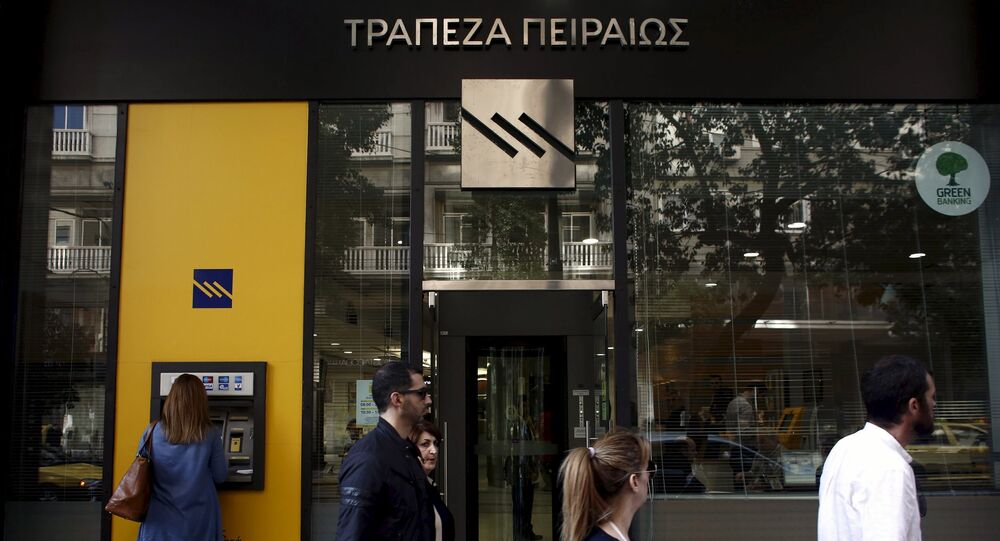 One of Greece’s largest banks will wipe away the debts and freeze the mortgages of clients who owe up to 20,000 euros ($21,600) in a move designed to ease the burden on its crisis-hit customers.

The Bank of Piraeus, one of the country’s four major banks, decided to write off or restructure debts in response to the "humanitarian crisis" through which its poorest clients were living, the company said in a statement.

Any clients who carry up to 20,000 euros in credit cards and consumer loans would have their debt written off completely, the bank said, while mortgage payments would be frozen and any associated interest forgiven.

The cut to mortgage loans only applies to interest imposed for as long as the loan remains frozen, which will apply up to the end of this year.

To be eligible for the debt relief, clients must meet specific criteria and already be enrolled in a benefits program recently launched under Greece's radical left Syriza government, which came to power in January.

The new social safety net legislation, part of the platform which helped Syriza ascend to power, was opposed by the European Union, which pressured lawmakers to drop the measures.

It also includes housing support and subsidized food purchases to aid those who have fallen into poverty as a result of the EU-IMF austerity measures imposed on the country, the Economic Times reported.

Earlier on Friday, the EU criticized Greece for what it called the country’s lack of sufficient progress toward a debt deal between Athens and its international creditors

Bank sources who spoke to ANSAmed said that while the move will cost tens of millions of euros, it also will pave the way for other Greek banks to take similar initiatives. Those sources added that this is the first case of a mass debt write off under pressure from the crisis there.

While several bank bosses have left their posts since Syriza came to power, Piraeus has been a notable exception.