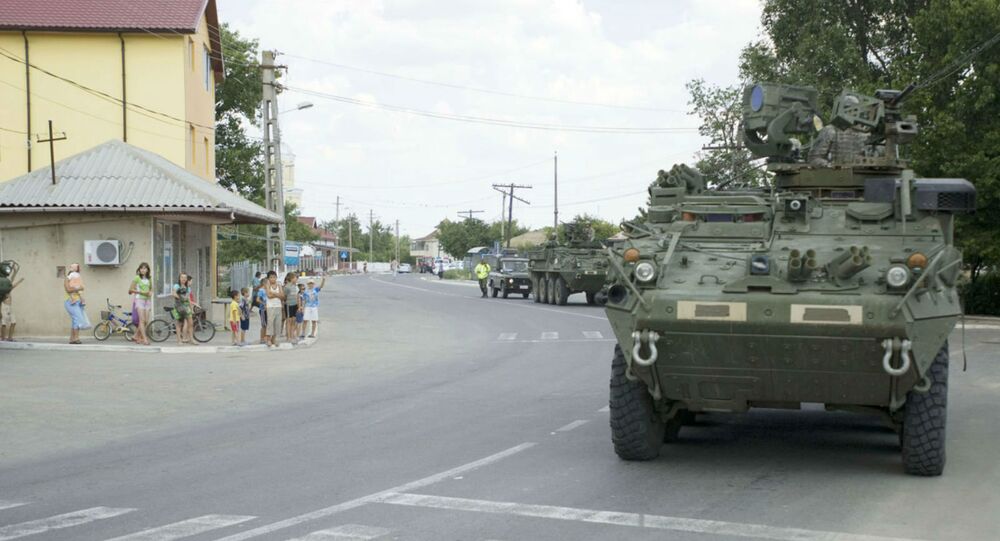 Stationed in Germany, the 2nd Cavalry Regiment is one of the last American combat units based exclusively in Europe. Outmanned and outgunned, they’ve asked for – and will likely receive – bigger Stryker cannons to better match Russian BMPs.

Last month, the US military conducted its 1,100 mile parade through Eastern Europe. Beginning in Estonia, the “dragoon ride” made its way down the Baltic nations, through the Czech Republic and Poland, and finally arrived at Rose Barracks in Germany.

The display was largely seen as a way to showcase NATO solidarity in the face of a perceived Russian threat. But while marching through a half-dozen nations to highlight their military might, the 2nd Cavalry apparently noticed something: their guns were too small.

81 of the 2nd Cavalry’s Stryker infantry carrier vehicles are outfitted with 12.7 millimeter canons. The regiment has put in a request to upgrade those guns to 30 mm, something the House Armed Services Committee has already gone about setting aside money for, according to an army memo obtained by Breaking Defense.

"The plan should include an examination of the feasibility of using a 30 mm weapon and will identify any technical, training, employment, safety or other issues that need to be addressed prior to fielding a capability to [2nd Cavalry Regiment]," the memo reads.

A significant upgrade, 30 mm guns would allow the Strykers to compete with their Russian equivalent, the BMP, both of which are armored fighting vehicles just shy of being full-fledged tanks.

This isn’t the first time the US Army has considered upgrades. It spent years trying to mount a whopping 105 mm cannon to the Stryker. Known as the Mobile Gun System (MGS), it proved far too heavy to attach to a vehicle the size of a Stryker.

"MSG was a failure, which is why they stopped producing them," a Hill staffer told Breaking Defense. "That said, MGS is better than nothing in terms of fire support. These [proposed] 30 mm remote weapon stations help quite a bit."

Only two other US combat brigades exist in mainland Europe, which helps explain its rush to upgrade. One is the 2nd Cavalry in Vilseck, while the other is the 173rd Airborne based in Vicenza, Italy, the same brigade currently training Ukrainian troops in Yavoriv.

The Army has no heavy tank forces on the continent.

The US military is also looking into the possibility of developing heavily armored vehicles which are still light enough to be deployed by aircraft.

The request follows a pattern of the US military expressing concern over what it perceives as a Russian threat. New language introduced into the National Defense Authorization Act earlier this week would ensure that Pentagon couldn’t rely on information from Russian weather satellites.

That bill would also upgrade land-based missile defense stations in Romania and Poland.