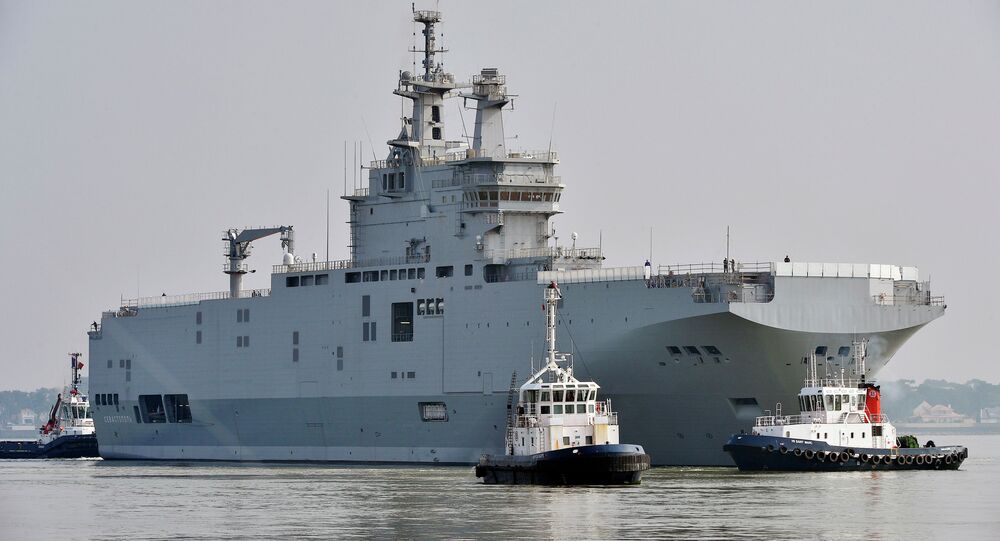 Russia appreciates president Hollande's proposal to refund the cost of the Mistral contract.

"This is a very valuable statement for us," the source said in regards to Hollande's recent suggestion to return money Russia had paid for the delivery of Mistral ships.

Earlier this week, Hollande said that the return of Russia's payment for the construction of two Mistral-class warships is possible if the contract is terminated.

Russia and France signed a $1.5-billion deal for two Mistral-class ships in June 2011. The handover of the first ship was scheduled for November 2014, but never happened.

Paris put the delivery on hold, citing alleged interference by Moscow in the Ukrainian crisis.

The Russian side repeatedly denied any involvement in the Ukrainian internal conflict, warning that it could file a lawsuit against Paris if contractual obligations for the Mistral deal remain unfulfilled.

The negotiations over the Misral situation are still ongoing.

'Nothing Super Hard About It': Mistral-Like Ships Could Be Built in Russia