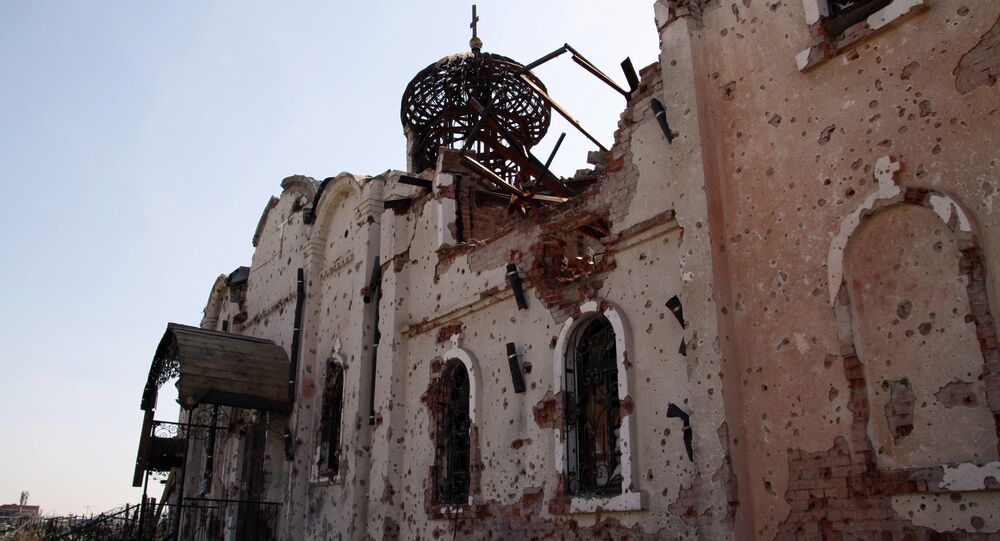 First Deputy Prime Minister of Ukraine Serhiy Arbuzov wrote in an article that the Ukrainian authorities are incapable of accepting responsibility for the crisis in the country, which is threatening its future.

MOSCOW (Sputnik) – The Ukrainian authorities are incapable of accepting responsibility for the crisis in the country, which is threatening its future, former First Deputy Prime Minister of Ukraine Serhiy Arbuzov writes in an article published by the Izvestia newspaper.

"The hysterical tone of the latest statements made by government representatives actually demonstrates only one thing – they are not ready to accept their responsibility for the situation in which the country has found itself," Arbuzov said, adding that the "reluctance to acknowledge the obvious" is not to the advantage of Ukraine's current cabinet.

© AFP 2021 / BERTRAND GUAY
Poroshenko Puts No Effort to Calm Ukraine Crisis, Discussions Useless
Ukraine has been mired in armed conflict for over a year. In mid-April, 2014, Kiev forces launched a military operation in the southeast of the country, where independence supporters refused to recognize the new government that came to power as a result of a coup in February.

More than 6,000 people have died as a result of the armed hostilities.

On February 12, the leaders of Russia, Ukraine, France and Germany met in the Belarusian capital, Minsk, for talks on Ukrainian reconciliation.

The meeting resulted in a number of agreements that stipulate a ceasefire and other measures aimed at ending the military confrontation in southeastern Ukraine, as well as steps to decentralize power in the country, giving more autonomy to the self-proclaimed people's republics of Donetsk and Lugansk (DPR and LPR).

Ukrainian authorities have been accusing DPR and LPR of violating the Minsk agreements, also claiming that Russia is involved in the situation in Ukraine, although no factual evidence has been provided to prove the allegations.

Kiev Training 'Commandos' to Carry Out Sabotage Missions in Donbass