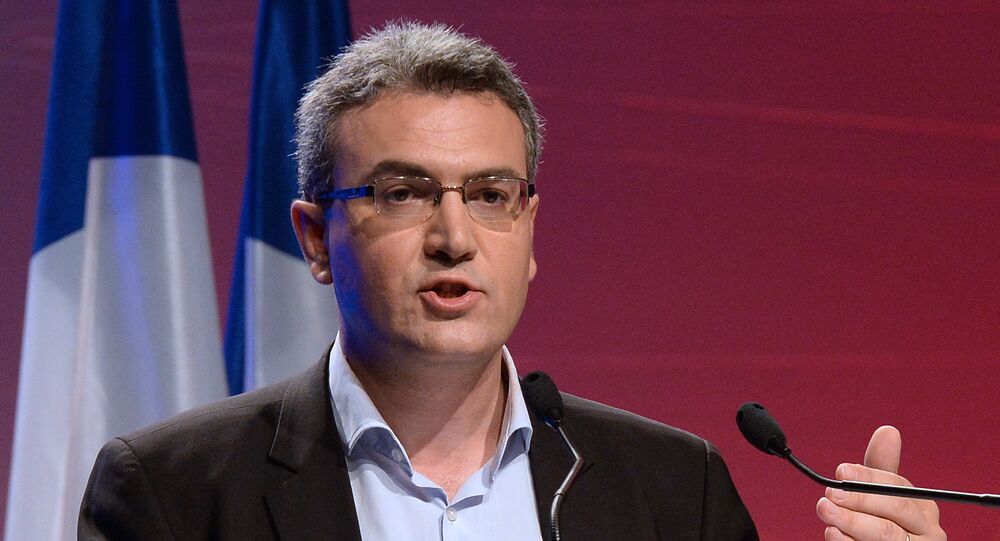 Aymeric Chauprade, French politician and a member of the European Parliament, said that France does not want Ukraine to enter NATO.

© REUTERS / Philippe Wojazer
France to Ratify Association Agreement With Ukraine in Few Months
MOSCOW (Sputnik), Anastasia Levchenko – France would prefer that Ukraine be kept out of NATO, a French politician and a member of the European Parliament told Sputnik Wednesday.

"The French position is very clear… we do not want Ukraine to enter NATO," Aymeric Chauprade, a member of the right-wing National Front party, said.

Chauprade stressed that the party understood the importance of France maintaining a strong relationship with Russia.

© Sputnik / Grigoriy Sisoev
Failure to Deliver Mistral Ships to Russia Puts France’s Reputation at Risk
Ukrainian President Petro Poroshenko is currently in France on an official visit, and may meet with his French counterpart Francois Hollande.

In December 2014, Ukrainian parliament voted to scrap the country's non-aligned status and seek NATO membership. The bill was signed into law by Poroshenko later that month.

According to Poroshenko, the country will decide on NATO membership in a referendum in six years.

In February, Hollande said it would be "undesirable" for France to have Ukraine join NATO. Moscow welcomed this view, calling it "absolutely pragmatic."