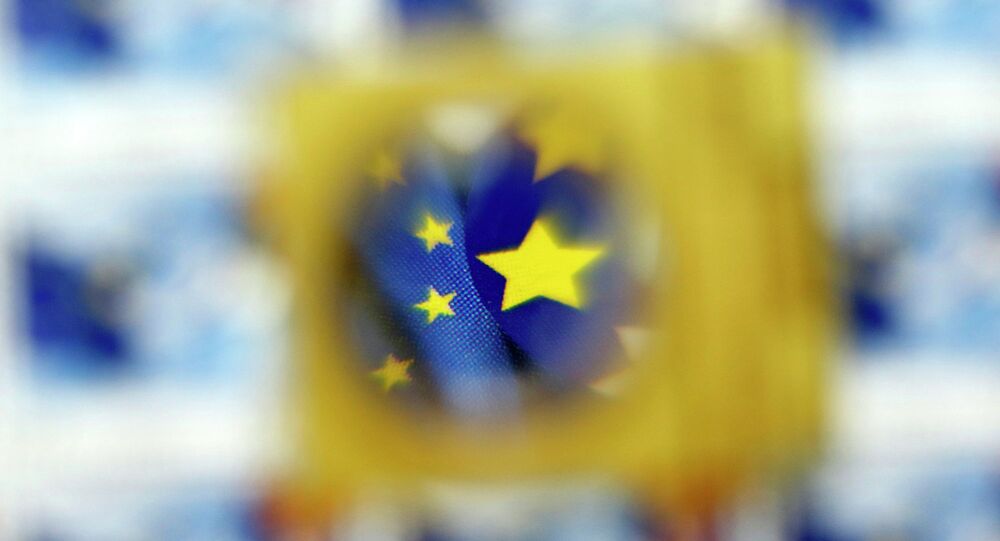 Cypriot lawmaker George Loukaides said that European Union position toward Moscow is counterproductive as anti-Russia sanctions do nothing to resolve the Ukraine crisis.

"We still say that the main responsibility for this negative developments that are affecting mostly the Ukrainian people are a consequence of their intervention, of the United States and the European Union," George Loukaides said.

Loukaides added that the European Union position toward Moscow is counterproductive as anti-Russia sanctions do nothing to resolve the Ukraine crisis.

© AP Photo / Thanassis Stavrakis
Cyprus to Boost Food Deliveries to Russia If Demand Sufficient – Watchdog
"They contributed to create the problem in Ukraine and of course the way they still act and the decisions taken by the European Union are counterproductive and they are not helping the perspective of finding a solution to the Ukrainian issues," Loukaides said.

The lawmaker also said that Cyprus opposed the restrictive measures currently in place against Russia.

Cyprus is an EU member state and, last year, joined the European Union in imposing economic sanctions on Russia over Moscow's alleged role in the Ukraine crisis.

The West denounced the March 2014 Crimea referendum that resulted in the Black Sea peninsula rejoining Russia from Ukraine.

The United States and the European Union have also accused Russia of stirring up the armed conflict in Ukraine's east, a claim the Kremlin consistently denies.