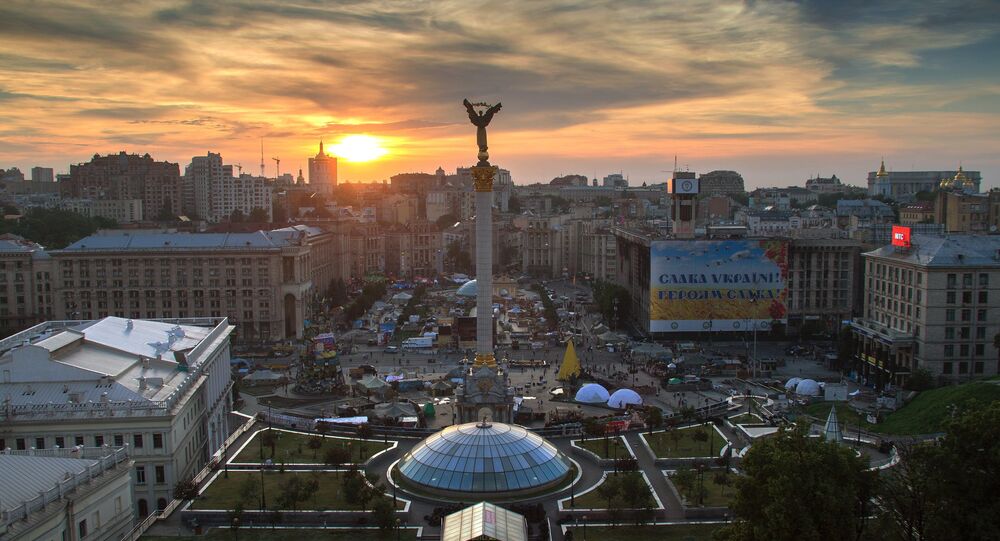 Janusz Korwin-Mikke, the Polish MEP who stated that the Maidan snipers were trained in his country, has told Sputnik that Polish participation in the events of Maidan is a well-known fact, adding that the US, not Russia, stood to gain from the country's destabilization.

© Sputnik / Andrey Stenin
Russian Diplomat Says 'Truth is Finding Its Way' Regarding Maidan Snipers
Speaking to Sputnik about his sensational commentary for Polish media last week that the Maidan snipers received training in Poland, Korwin-Mikke noted that "with regard to Warsaw's official participation in the Euromaidan and in the Ukrainian crisis as a whole, this is a well-known fact. [Estonian Foreign Minister] Urmas Paet's leaked conversation with Baroness Catherine Ashton [the EU's High Representative on Foreign Affairs and Security Policy] indicates clearly who had their fingers in the pie, so to speak."

Korwin-Mikke noted that "a number of signals" have indicated that "the [Maidan] terrorists were trained in Poland. The Lithuanians confirm this." The politician acknowledged that "it's possible that these people were trained in various centers. Perhaps someday it will be revealed where exactly the training took place."

Speaking to Polish media last week, the right-libertarian politician and presidential candidate stated that the operation to destabilize Ukraine to overthrow the unpopular but democratically elected president Viktor Yanukovych was in part a Polish operation, with the mysterious snipers who killed dozens of protesters, along with police officers, were at least partially trained in Poland.

© Sputnik / Vitaliy Belousov
Kiev Does Not Need the Truth About Maidan Shootings – German Newspaper
In Tuesday's commentary for Sputnik, Korwin-Mikke noted that his assertions come down to the logic behind the events. "After all, it's clear that the United States, not Russia, were the ones interested in seeing Ukraine destabilized. If someone is to say that Mr. Yanukovych was more friendly toward Russia than Poroshenko, isn't it clear that Russia was not interested in destabilizing Ukraine?"

Running as the candidate from the Coalition for the Renewal of the Republic –Freedom and Hope in this May's upcoming presidential elections, Korwin-Mikke explained that "my election program differs from mainstream political parties, since I do not support a policy of senselessly attacking Russia for crimes she did not commit." The MEP believes that both of Poland's leading parliamentary parties, the Christian democratic Civic Platform and the conservative Law and Justice Party, have lost their independence, and serve at the behest of Berlin and Washington.