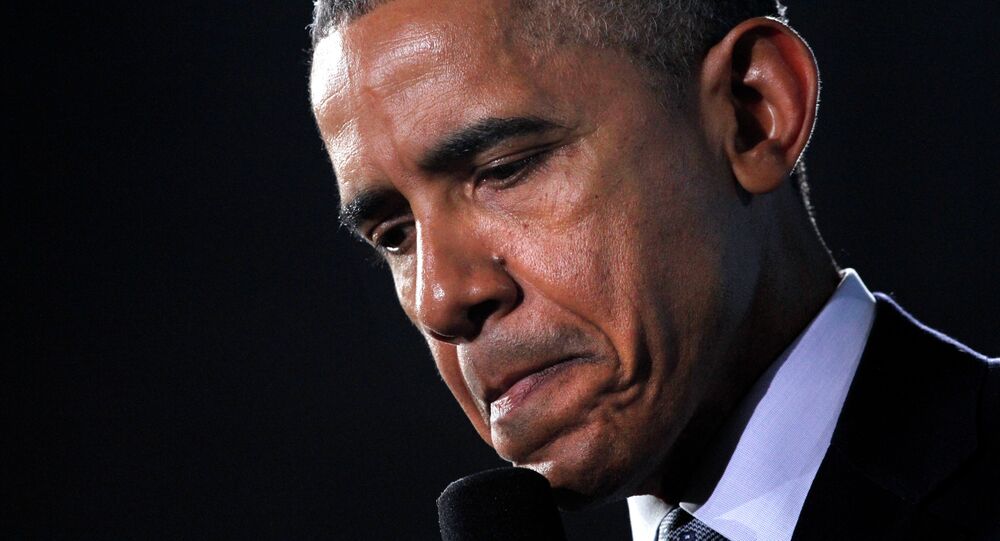 Donetsk People's Republic (DPR) negotiator Denis Pushilin said that the participation of US President Barack Obama in reconciliation talks on the Ukrainian crisis will only further complicate the negotiations process and decision-making will be dragged on even longer.

"The participation of yet another participant, even more so with the ambitions of the United States, will only further complicate the negotiations process and decision-making will be dragged on even longer," Pushilin said.

In an earlier interview with Russian radio station Ekho Moskvy, US Ambassador to Russia John Tefft said that Obama would join the Normandy format with pleasure.

The Normandy format consists of the heads of Russia, Ukraine, France, and Germany.

© Sputnik / Mikhail Voskresenskiy
Putin Does Not Comment Possibility of Russia Recognizing Donbass Republics
In mid-February, the leaders of the Normandy format states worked out a ceasefire deal in Minsk, Belarus, to settle down the conflict in Ukraine.

Kiev forces and Donbas militias signed the agreement, which envisioned the establishment of ceasefire, withdrawal of artillery from the line of contact, all-for-all prisoner exchange and a higher level of independence for Donetsk and Luhansk.

The Organization for Security and Co-operation in Europe (OSCE) is tasked with monitoring the ceasefire in Ukraine's southeast. On April 14, after Normandy format talks, German Foreign Minister Frank-Walter Steinmeier said all negotiations participants agreed to continue financial support for the OSCE monitors to take all necessary steps to stop the ongoing clashes in the region.