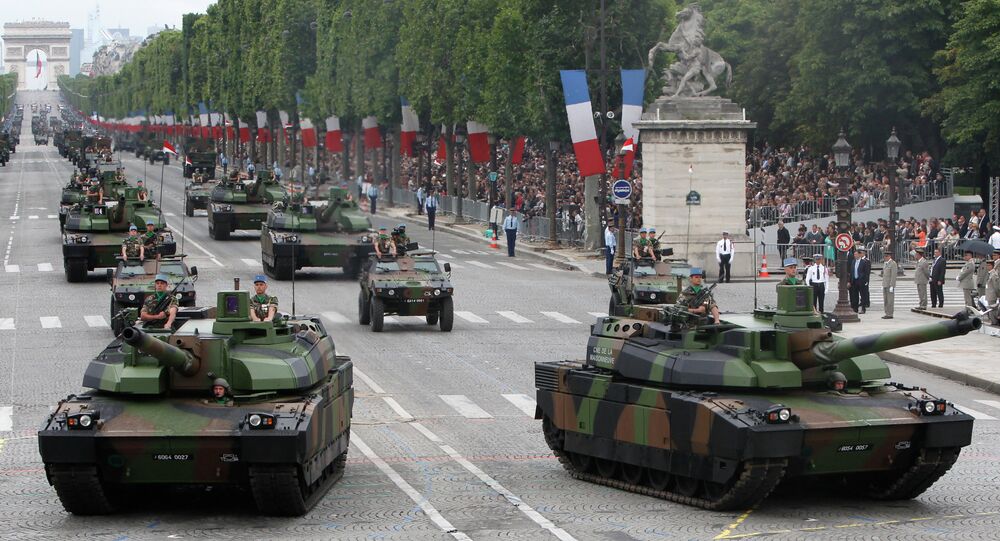 As NATO continues to beef up its presence in Eastern Europe, France has deployed a squad of Leclerc battle tanks into Poland for training exercises. It’s the latest example of the West accusing Russia of military aggression while it, in fact, takes steps toward establishing a stronger NATO.

Only in service since 1992, the Leclerc’s aren’t exactly battle-hardened. Seeing minimal action in Kosovo and Lebanon, the tanks have never been used directly in a high-intensity conflict.

Earlier on Tuesday, Polish President Bronislaw Komorowski also indicated that he would negotiate with the United States to purchase medium-range Patriot defense missiles. This decision was in response to a vague, unspecified "threat from the east," mentioned by President Komorowski last year.

Some experts have suggested that the missile purchase could be a political move for the upcoming Polish elections in May.

"At a time of an armed conflict in Ukraine Bronislaw Komorowski wants to present himself as a strong commander-in-chief," political marketing specialist Wieslaw Galazka told Wirtualna Polska news.

The Western military alliance has also been increasing its presence in Baltic nations. Latvia has expressed its desire to host a permanent battalion of NATO troops.

"At the present moment, we are looking for an air defense system," Latvian Defense Minister Raimonds Vejonis told Sputnik on Tuesday. "Of course, we will discuss possible permanent NATO presence in the region – it is a key question for us."

The Latvian government has expressed concerns about a perceived Russian threat since last year.

NATO is also launching a series of cyber war exercises in Estonia. Though these are not officially in response to a perceived Russian threat, Rob Pritchard, a cybersecurity expert at the Royal United Services Institute in London, indicated a likely connection.

"Russia is currently looming large on the NATO radar, and the exercise is likely to simulate attacks similar to those used by the Russian state, and state-backed actors," Pritchard was quoted by the Associated Press.

US Army Commander Confirms NATO "Not Interested in a Fair Fight"