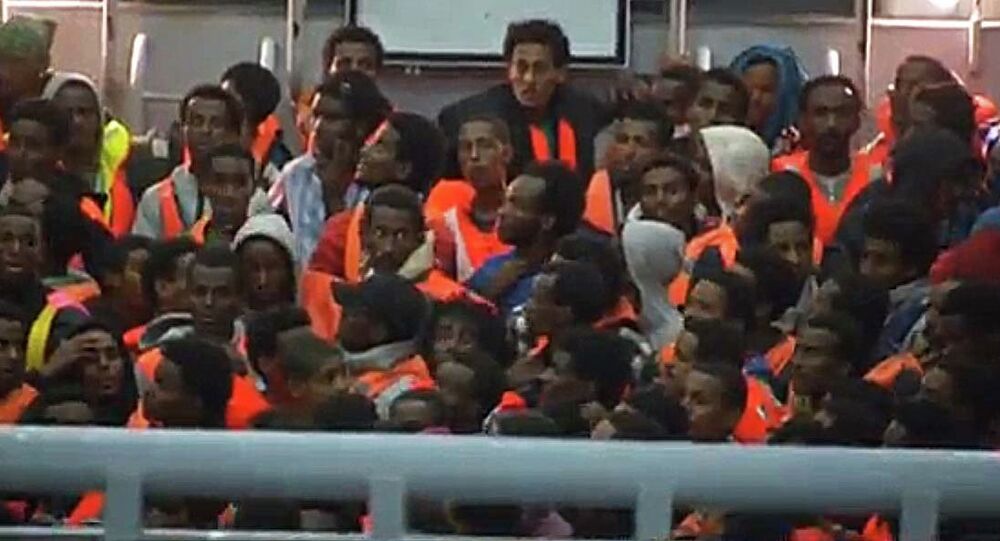 Over 198,000 People Call on EU to Restore Rescue Operation in Mediterranean

198,000 people called in a petition to European Union to "restore a robust operation of search and rescue” in the Mediterranean Sea.

MOSCOW (Sputnik) – A petition urging the European Union to "restore a robust operation of search and rescue” in the Mediterranean Sea, has gathered more than 198,000 signatures by Tuesday.

The online petition “Stop the deaths at sea now!" was launched by Tareke Brahne, who migrated from Eritrea to Italy in 2005, on Monday, a day after a boat with migrants capsized while heading from Libya to Italy, leaving up to 800 people dead, according to the United Nations.

“Thousands of people will lose their lives in the coming weeks, if the EU does not act now,” the petition read.

© REUTERS / Darrin Zammit Lupi
Mediterranean Migrants Death Toll Could Reach 30,000 by End 2015 – NGO
Last year, the Mare Nostrum rescue mission, launched by the Italian government in 2013, ended. The replacement, a joint operation called "Triton," established by EU border surveillance agency Frontex in November 2014, is not as effective as it is active only within 30 miles of the Italian coast, while Mare Nostrum operated in international waters.

On Thursday, representatives of the EU member states will gather for an emergency meeting on immigration.

The main issues on the agenda will be ways of stopping human trafficking, endangering migrants’ lives, as well as means to help the EU countries most affected by the problem.

The Mediterranean Sea is considered to be one of the main routes for migrants, who are fleeing conflicts in North Africa and the Middle East. At least 3,500 people died crossing the sea in 2014, according to the United Nations estimates. The recent capsize could drive up the current death toll for 2015 to about 1,600.