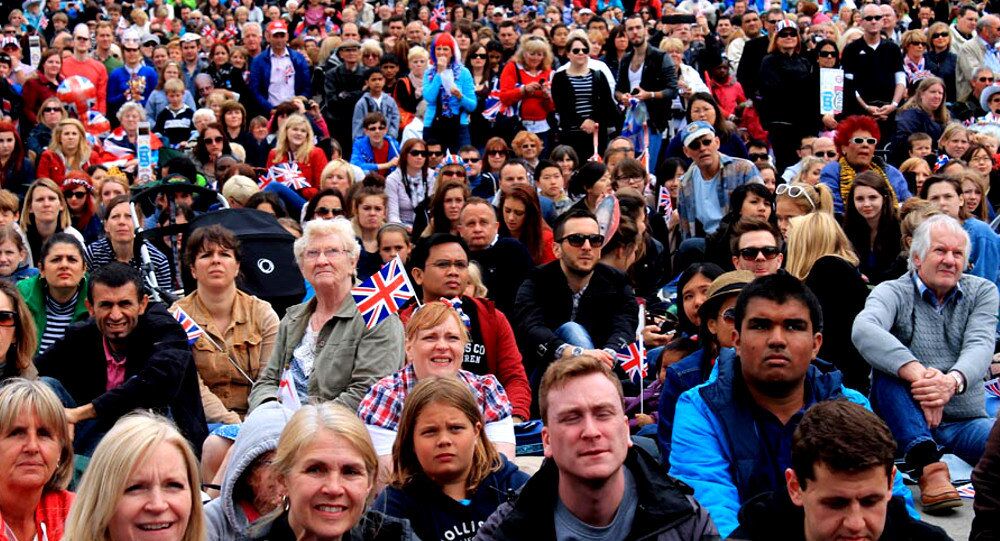 Speaking with Radio Sputnik, journalist and political analyst Dr. Marcus Papadopoulos explained that Europeans have every reason to mistrust their mainstream media regarding the Ukraine conflict, stating that they have been lied to by the institutions one too many times before.

On Tuesday, a poll conducted by ICM Research for the Sputnik News Agency found that the residents of the UK, France, Germany and Greece have little faith in their media's coverage of the Ukrainian conflict. Attempting to answer the question about why this may be so, Dr. Papadopoulos told Radio Sputnik that it goes back to the US and British invasion of Iraq in 2003.

"I think we can take it back to the invasion of the Iraq. Prior to the invasion…most people in Europe were very trusting of the mainstream media outlets. But once it became clear that the media, and in particular in Britain, had been deceitful regarding Iraq's weapons of mass destruction…people started to become quite suspicious of the role of Western mainstream media," Dr. Papadopoulos explained.

© Sputnik
Europeans Beginning to Wake Up to Mainstream Media Bias on Ukraine Conflict
The analyst noted that since then, people's suspicions have only intensified. "In 2011, in Libya, Britain and France led the way in bringing down a legitimate government. They backed Islamists, but they said at the time that these people were freedom fighters. Now people across the European Union see that Libya is in an absolute mess, and the people controlling large parts of the country are the very people now posing a security threat to London, Paris, Berlin –i.e. Islamist terrorists."

"And then there's the situation in Syria," the analyst continued, "where Britain and France were alleging that the people they were supporting against the Syrian government were innocent freedom fighters. Now it's very clear that these people are extremists and terrorists."

Noting that ordinary citizens in Western countries have been lied to on a massive scale on multiple occasions, Dr. Papadopoulos believes that "as a result of that, when it comes to Ukraine, people are not going to be so trusting of what their respective media outlets are saying, because ordinary people in Britain, in France, and in Germany are now of the opinion that the mainstream media is very much part of the political establishment."

© Sputnik / Maxim Blinov
Media Should Stop Taking Sides in Ukrainian Conflict - Watchdog
Noting that Western mainstream media's aim is to attract readership, viewers, and listeners, Dr. Papadopoulos explained that the media have been playing "the Russia card," a simplistic editorial line playing on fears and stereotypes that have existed in Western European countries for centuries. "Russia has always been perceived as a barbaric country which threatens freedom and stability and peace in Europe, so it's very easy for mainstream media outlets to play that card in Ukraine," while presenting "the Ukrainian government as a democratic, freedom-loving, peaceful government," even if it is "none of those things."

Dr. Papadopoulos explained that "it's irresponsible reporting, but it goes in line exactly with what their respective governments…want to say." In the case of the UK, the expert pointed out out that the BBC's foreign affairs editorial line has virtually no independence at all, following "the line of the Foreign Office. Much of what it puts out is quite frankly propaganda, and the people doing it know very well what they're doing, from Libya to Syria to Ukraine. And of course you have to question the morals of those journalists who go along with it."

Journalistic Ethics and the Russian Angle

Acknowledging that journalists have to make a living, Papadopoulos argues that that the way "they have been portraying the Russian government and Russian people" in connection with the Ukraine conflict is simply unacceptable, serving as the height of irresponsibility, Russophobia and even racism. The analyst pointed out that the expression "Russian barbarism" for example is one that would never be allowed in relation to any other country or group of people.

Regarding Russian media, which is "presenting the Russian take" on global news events, Dr. Papadopoulos commented that the reason Western media are in a frenzy over Russian media, "be it Sputnik or Russia Today, is they feel threatened by it."

The expert pointed out that "Western media outlets know that the good old days of the 1990s when they dominated the media field in the world are long gone. And of course they believe that outlets such as Sputnik are challenging Western narratives, and many ordinary people in Britain, France, in Italy, in Germany are questioning what they have been told by their respective governments. And many people are listening to Radio Sputnik for example, and Russia Today, and that's what [some] people in the West don't like."

© AFP 2020 / SERGEI SUPINSKY
EU Needs Media Coverage of Ukraine Crisis Showing Russian Perspective - NGO
Commenting on Western media criticism of Russian media biases, Papadopoulos noted that Western media's failures to provide objective coverage during the 1999 War in Yugoslavia, Iraq's WMDs, and the conflicts in Libya and Syria give them little right to criticize Russian media: "Western media has the audacity to criticize Russian media, but they really need to get their own house in order," the expert exclaimed.

Dr. Papadopoulos is hopeful that with today's technology, including satellite television and the internet, people have more ability than ever before "to counter the bias and propaganda stemming from Western countries' [mainstream media]." Ultimately, in his view, "people in Europe need to keep on questioning and keep on listening to all sides of the argument and to come to their own conclusion."