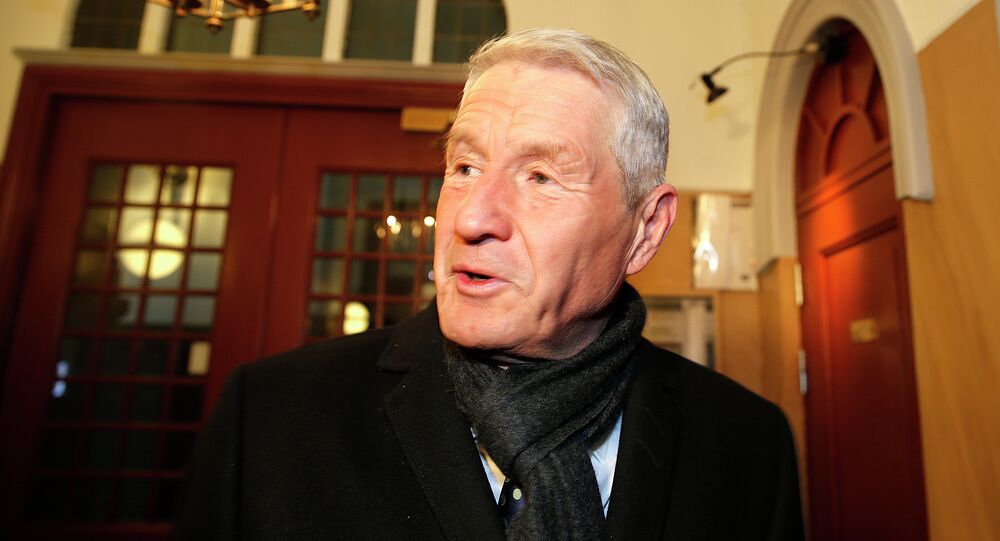 According to Secretary General of the Council of Europe Thorbjorn Jagland, process of Ukraine's decentralization is one of the key issues in the Minsk agreements.

© Sputnik / Andrey Stenin
Council of Europe Critisizes Kiev Over Inquiry Into Maidan Violence
STRASBOURG (Sputnik), Daria Chernyshova – The process of Ukraine's decentralization is one of the key issues in the Minsk agreements, Secretary General of the Council of Europe Thorbjorn Jagland said Tuesday.

"All the efforts that we are doing, will be important in order to move forward the Minsk process… To stabilize Ukraine, to build a solid state and then try to find a solution to the crisis in eastern Ukraine," Jagland said.

It is important to asymmetrically decentralize power "which means different powers to different regions," he explained.

"The Council of Europe deployed 25 experts in 25 offices on Ukraine in order to help them with the decentralization process," Jagland said, adding that the Council of Europe's adviser is at the Verkhovna Rada to provide assistance to Kiev authorities.

He added that constitutional changes are required for decentralization but "this is for the Ukrainians themselves to decide."

Constitutional reform in Ukraine with focus on decentralizing power is a part of the 13-point Minsk Deal elaborated in mid-February by the leaders of Russia, Ukraine, Germany and France in Belarusian capital of Minsk. According to the new Minsk Agreements, reforms are to be implemented by the end of 2015.

Ukraine's Constitutional Commission convened for the first time on April 6 to begin the process of creating amendments to the country's main laws.

The same day Ukrainian President Petro Poroshenko said that Kiev is ready to hold a referendum on Ukraine's state structure. He expressed certainty that nine out of ten Ukrainians would support unity in the country.