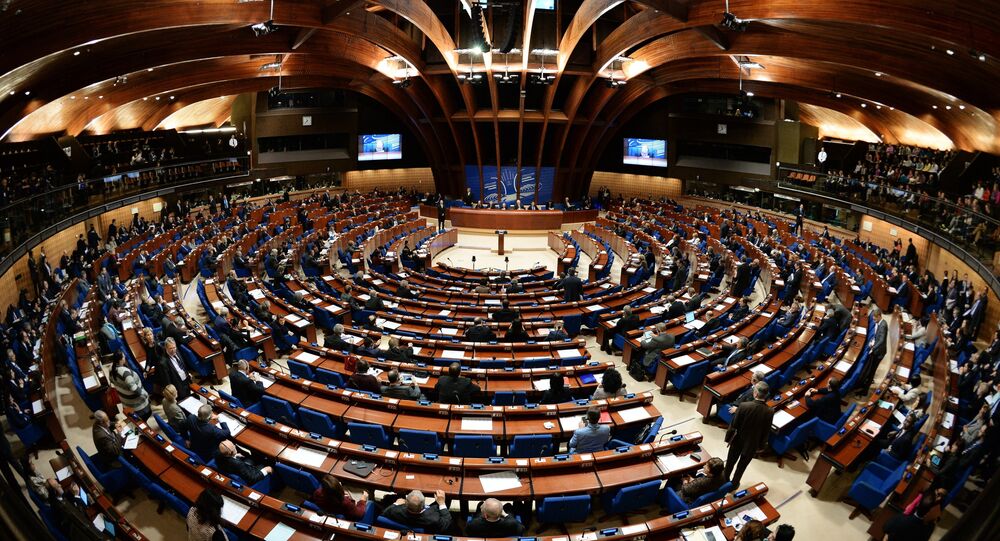 PACE has discussed Tuesday the situation with the mass surveillance worldwide in the light of the revelations of Edward Snowden.

© Flickr / uncoolbob
OSCE Representative Urges Governments to Ensure Privacy Amid Surveillance
STRASBOURG (Sputnik) – The Parliamentary Assembly of the Council of Europe (PACE) has discussed Tuesday the situation with the mass surveillance worldwide in the light of the revelations of former NSA contractor Edward Snowden.

He stressed that his report is not anti-US and that "renewed trust is needed as a basis for a meaningful cooperation among our countries to fight terrorism."

The report stated that target surveillance can be an effective tool for law enforcement and crime prevention.

Commenting on Omtzig's report, Nicos Nicolaides of Cyprus delegation said that Europe owes much to Edward Snowden, as because of him the whole debate on mass surveillance has started.

George Loukaides, also from the Cyprus delegation, said that the United States used mass surveillance not just to fight terrorism, but for "military, political and economic espionage."

The parliamentarians urged to find balance between privacy and mass surveillance.

Yet Omtzigt's report was met with skepticism by PACE Committee on Culture, Science, Education and Media.

The committee expressed concerns that the report focuses narrowly on Edward Snowden.

"A number of amendments are necessary," Lady Diana Eccles of the United Kingdom delegation said presenting the committee opinion.

The assembly will vote on the amendments later on Tuesday.

Edward Snowden is wanted in the United States on charges of espionage and government property theft. In 2013 he had revealed hundreds of classified documents on the worldwide surveillance programs and fled the United States to Hong Kong and, later, to Russia where he currently resides.

In April, 2014 Snowden addressed the PACE spring session via videolink from Moscow. He said that there are currently no legal means that could put mass international surveillance under control.

This year's PACE spring session has began on Monday and will last until Friday, April 24. The participants are to discuss the mass surveillance, the humanitarian consequences of the advance of the Islamic State terrorist group and the discrimination against transgender people in Europe among the other topics.

PACE Decides to Keep Russia in the Cold