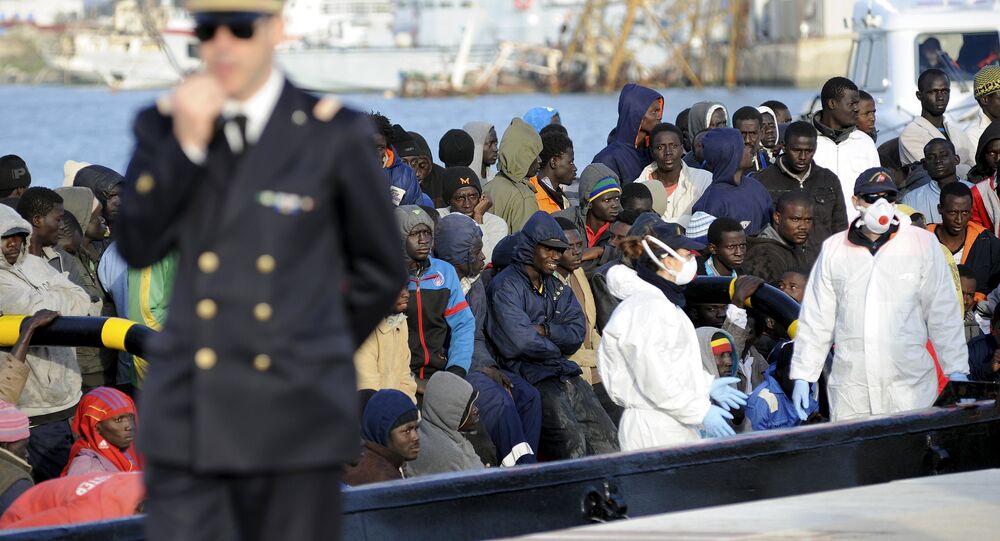 According to reports, Norway intends to send a rescue ship to the Mediterranean to reduce the number of refugees drowning en route from Africa to Europe.

© REUTERS / Darrin Zammit Lupi
More Migrants Drown in Mediterranean as EU Officials Meet to Discuss Issue
MOSCOW (Sputnik) – Norway intends to send a rescue ship to the Mediterranean in August to reduce the number of refugees drowning en route from Africa to Europe, the news website The Local reported.

The Norwegian rescue ship will have civilian staff as well as justice and defense personnel on board, the Local said on Monday, citing Norway's government.

The move is unprecedented since Norway has never before taken part in rescue missions in the Mediterranean.

The announcement came prior to the EU emergency summit scheduled for Thursday after about 800 Italy-bound migrants died when a ship went down in the Mediterranean.

On Sunday, a boat reportedly carrying from 700 to 900 migrants capsized while heading from Libya to Italy. Only 27 people have been rescued so far.

The Mediterranean is one of the key routes for migrants fleeing conflicts in Africa and the Middle East and trying to find shelter in Europe.