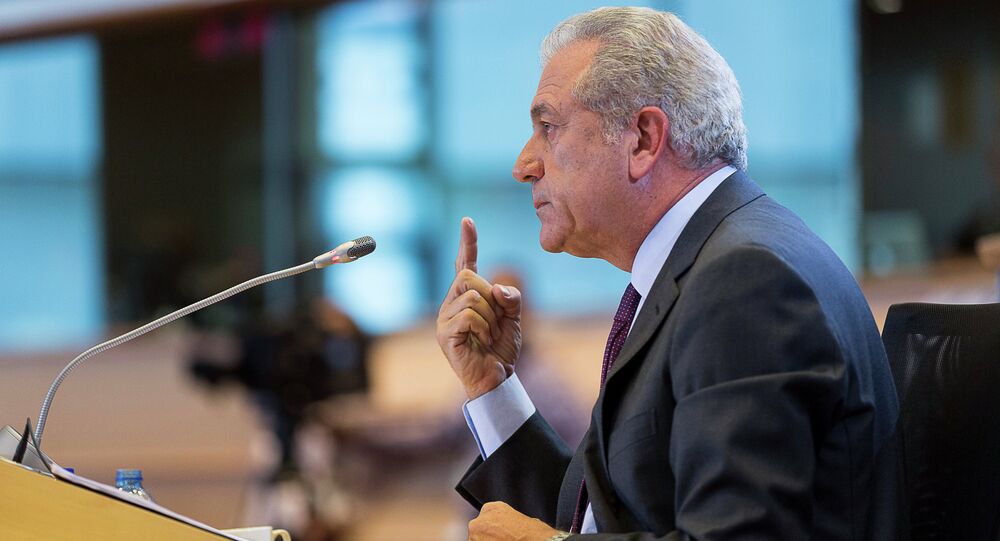 European migration policy chief said that European Commission is planning to propose a pilot program on sharing the burden of refugee resettlement among all EU members.

"We need an increased overall European Union commitment to resettlement and all member states need to be involved there," European Commissioner for Migration, Home Affairs and Citizenship, Dimitris Avramopoulos, said at a news conference on migration issues after a meeting of the Foreign Affairs Council.

Avramopoulos said the Commission would soon propose a pilot project in which all member states could participate if they were willing to do so.

On Monday, the foreign ministers of EU member states gathered to discuss measures for the prevention of migrant deaths following the latest incidents in the Mediterranean where hundreds of people are feared drowned trying to reach Europe from North Africa.

European Council President Donald Tusk said the same day the heads of the EU countries would convene an emergency meeting on immigration on Thursday.

On April 19, a vessel reportedly carrying between 700 and 950 people from Libya to Italy capsized, with only 28 people rescued. Prior to that, on April 14, about 400 people had drowned, trying to follow the same route.