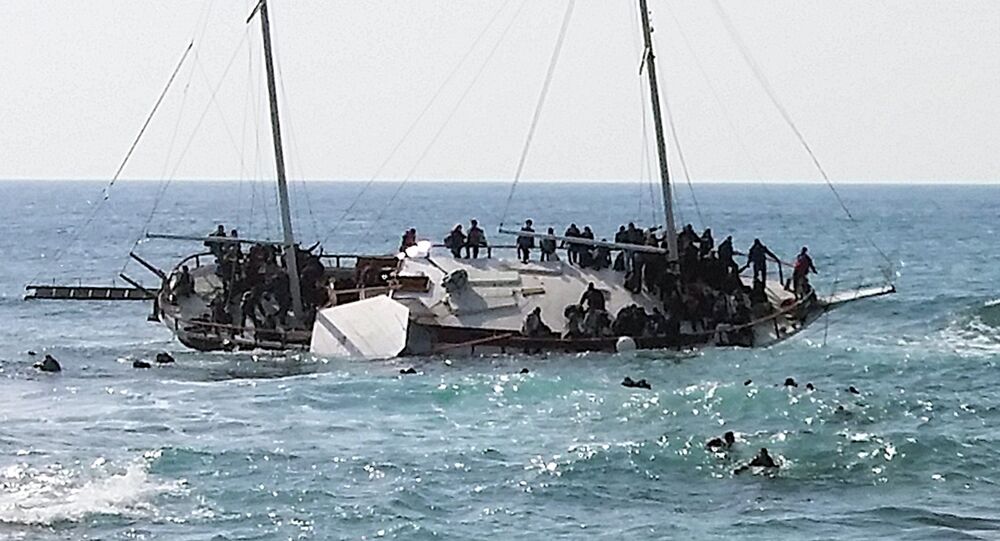 Sicilian prosecution said Monday it had broken up a ring of human smugglers behind a flow of migrants traveling across the Mediterranean to Europe, just a day after reports of a new shipwreck off the Libyan coast, Italian media said.

He said cells were uncovered all across Italy, from the southern island of Sicily, to northern Italy's Lombardy.

The smugglers reportedly met seafaring refugees in Sicily and sent them on their way to Central and Northern Europe, predominantly Britain, the Netherlands, Germany and Scandinavia.

Scalia said there were about a million Syrians still waiting in Libya, the main starting point for boats sailing to southern Italy. Many refugees drown fleeing conflicts in war-torn Africa and the Middle East.

In the most recent and possibly deadliest shipwreck, a small vessel capsized off the Libyan shore was reported to have as many as 700 migrants aboard. Of the still unknown total, only 28 people have been rescued.