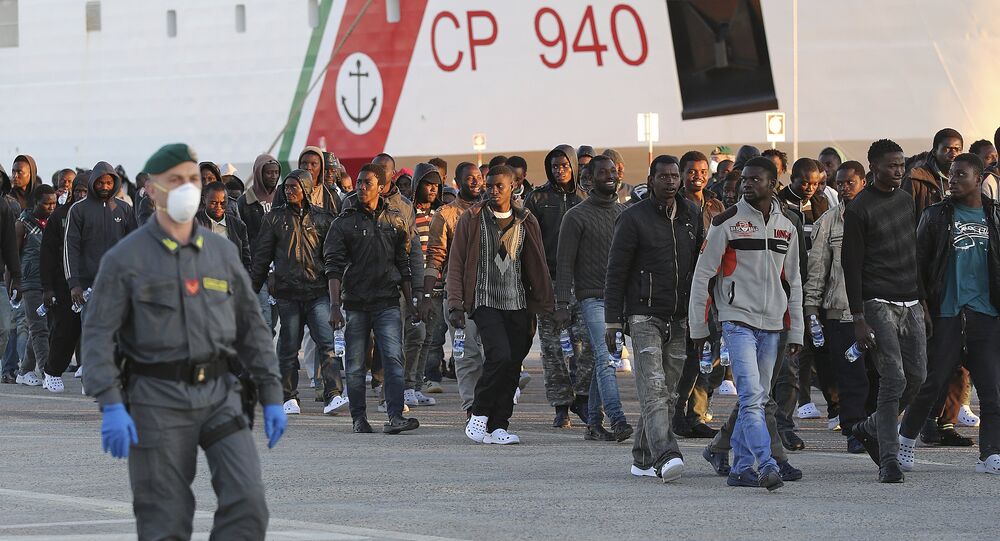 Federica Mogherini said that Avoidance of deadly incidents with migrants in the Mediterranean is a moral obligation of the European Union.

© REUTERS / Darrin Zammit Lupi
More Migrants Drown in Mediterranean as EU Officials Meet to Discuss Issue
MOSCOW (Sputnik) – Avoidance of deadly incidents with migrants in the Mediterranean is a moral obligation of the European Union, bloc foreign policy chief Federica Mogherini said, upon arrival at the Foreign Affairs Council in Luxembourg on Monday.

“After what happened in the Mediterranean the night before last I felt it was our moral duty to concentrate our responsibility, as Europeans, to prevent this kind of tragedy from happening again and again,” Mogherini said in a statement.

The diplomat added that building a "common sense of European responsibility" was the main issue on the agenda.

In order to exercise this duty in a consistent way, Mogherini pointed out that EU interior ministers, who will participate in Monday’s meeting alongside foreign ministers, should also contribute to the cooperation on a number of issues including sharing responsibility in welcoming migrants.