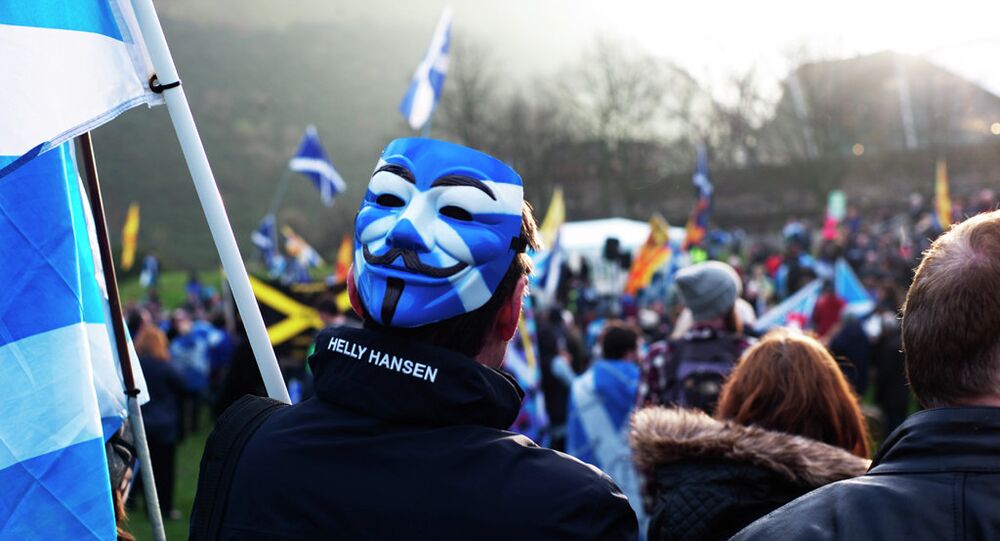 British Prime Minister David Cameron met with representatives from Sony Pictures just ten weeks before the Scottish independence referendum to discuss the release of a TV show based on Scotland's repression under British rule, documents released by WikiLeaks have revealed.

The release of the 'Outlander' TV series, which depicts among other things, 18th century life in Scotland under British rule, was delayed in the UK, heightening suggestions it was done amid concerns over any nationalistic sentiment it may have generated in the lead up to the independence referendum.

Published by WikiLeaks, the leaked email from Sony Pictures' vice president Keith E. Weaver to other Sony executives made note of a planned meeting with British PM Cameron, where Mr Weaver expressed the "importance" of the TV series to the political situation at the time.

"From a SPE [Sony Pictures Entertainment] perspective, your meeting with Prime Minister Cameron on Monday will likely focus on our overall investment in the U.K. — with special emphasis on the jobs created by Tommy Cooper [the ITV show], the importance of Outlander (i.e., particularly vis-à-vis the political issues in the UK as Scotland contemplates detachment this Fall), and the growth of our channel's business…" the email read.

After secret meeting with Cameron broadcast of "Outlander" was delayed until after Scottish referendum http://t.co/ANrgR9cxVW #indyref

It had previously been suggested that the delay in the UK release of the series had been politically motivated by those wanting Scotland to remain in the United Kingdom.

WikiLeaks editor in chief Julian Assange said the leaks showed how big business was trying to influence certain decision to suit their own interests.

"This archive shows the inner workings of an influential multinational corporation. It is newsworthy and at the centre of a geopolitical conflict. It belongs in the public domain. WikiLeaks will ensure it stays there."

Both the UK government and Sony representatives have not yet commented on the leaks.

Scottish independence supporters criticized Westminster over its lobbying of foreign governments in the lead up to the referendum, after it had been revealed that more than 30 countries had been contacted in the hope they would call for Scotland to remain in the union.

Despite the allegations, Diana Gabaldon, the American author of the books on which the 'Outlander' series is based on, spoke at an event in Edinburgh in August 2014, saying there was "no evidence" to suggest the referendum was behind the decision to delay screening in Britain.

"There is a lot of talk and speculation as to why the show hasn't been sold to the UK yet. There is public talk, rumor and speculation, but there is absolutely no evidence on which to speculate," she said at the time.

"The most common rumor is that they're holding off until after the referendum on independence, but as far as I know there's no evidence whatsoever to suggest that's true."