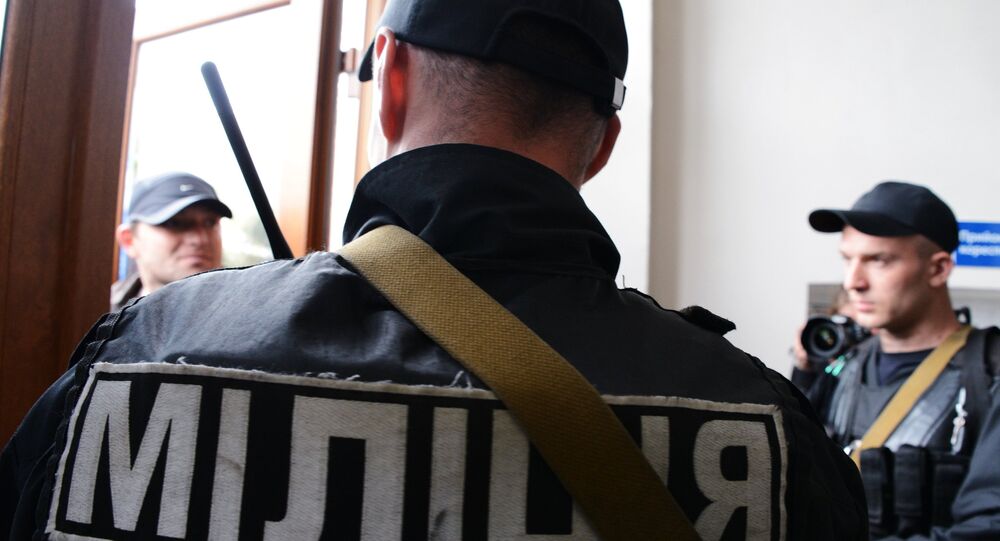 The policeman tried to stop a fight between two men who reportedly became furious and killed the officer.

A Ukrainian police officer was tied to a cart with horses and dragged for more than 13 kilometers, local police spokeswoman Svetlana Dobrovolskaya told the Ukrainian TV channel "112".

© AP Photo / Sergei Grits
Infernal Affairs: Ukraine Minister Regrets Not Killing Protestors at Outset
The deadly incident took place in the Lviv region, where the policeman tried to stop a fight between two men. According to reports, the involvement of the policeman made the scrappers furious, driving them to kill “the intruder”.

"[The move] by the policeman evoked such hatred among the men that they tied him to a cart and dragged him for more than 13 kilometers," Dobrovolskaya said.

Two suspects, 53 and 26, have reportedly been detained by law enforcement services and face “murder” charges.

The investigators found the bloodstained jacket of the officer with his ID inside.  The body was later found by police in a ditch on the border with a neighboring region.