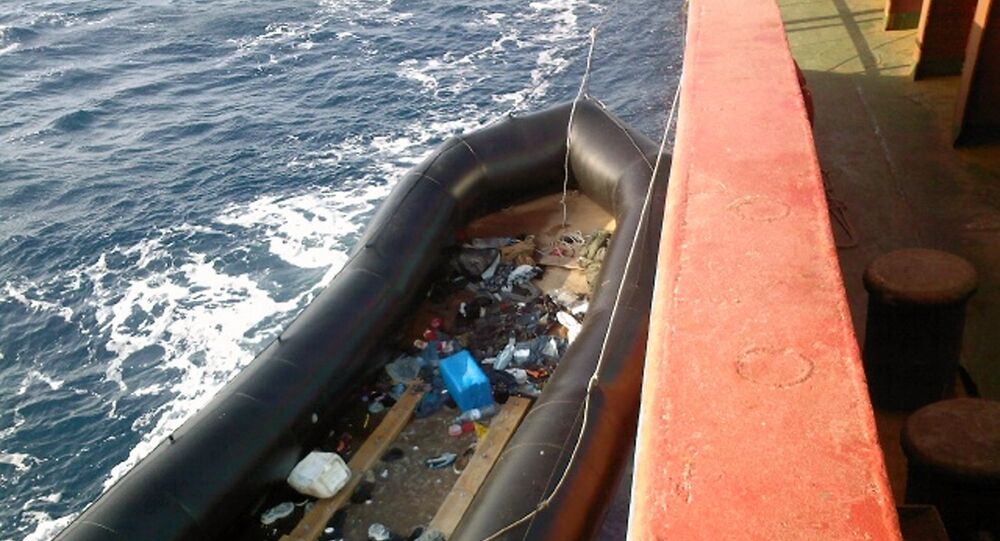 A boat carrying up to 700 migrants capsized near the Libyan coast overnight leading to fears that nearly everyone on board may have died, Maltese media reported Sunday.

© AFP 2020 / MARCELLO PATERNOSTRO
Boat Heading to Italy Capsizes, Nine Migrants Dead
MOSCOW (Sputnik) — Although 28 people have been rescued, a number of bodies have washed ashore in an accident 40 nautical miles north of Libya, the Times of Malta said.

The boat was believed to have been tipped over when passengers moved to one of its sides at the approach of a passing vessel.

According to the BBC, the Maltese Navy along with Italian and other commercial vessels are searching for the remaining bodies nearly 130 nautical miles south of the Italian island of Lampedusa.

Another boat with undocumented migrants from the Middle East and Africa capsized off the Libyan coast on Monday. Italian rescue workers saved nearly 150 people and recovered nine bodies.

The rising number of fatal accidents in the Mediterranean has led the United Nations and nongovernmental organizations to voice their concern. A UN report on the European Union's border management is due to be presented in June.