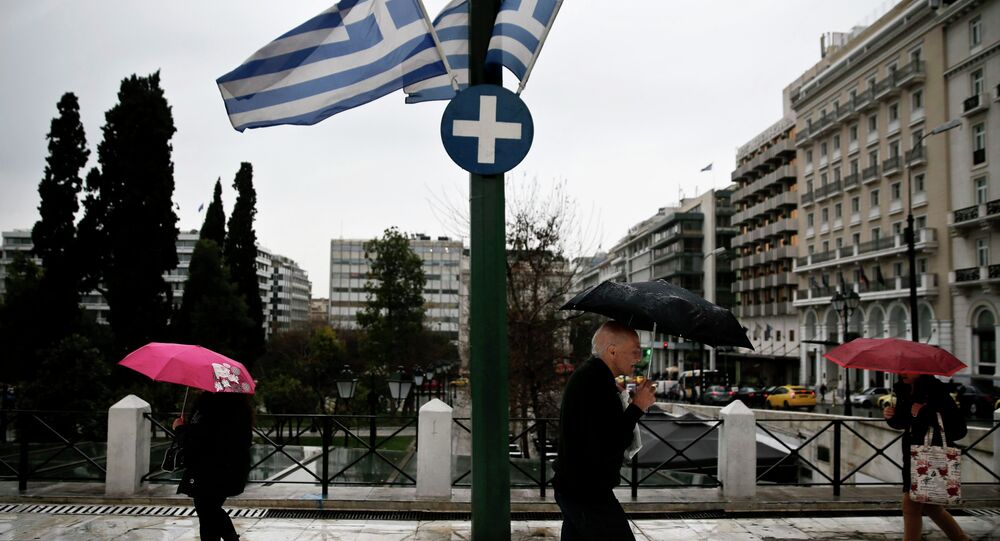 The massive debt of Greece should be written off, political thinker Noam Chomsky told the Euronews television.

© Sputnik / Sergey Guneev
Greece and EU Should Turn to Russia, China to Avoid Economic Collapse
MOSCOW (Sputnik) — Chomsky said that the left-wing Syriza party in Greece came to power on the wave of opinions, according to which Greece should not subject itself to Brussels and German banks' policies anymore, because these policies were destroying the country.

Answering a question on whether Greece's debt should be written off, he said Friday:

"Yes, just like Germany's was. In 1953, when Europe wrote off most of Germany's debt. Just like that, so that Germany would be able to reconstruct from wartime damage."

"The effect of these policies has been actually to increase Greece's debt relative to its wealth production; probably a half of young people are unemployed, probably 40% of the population is living under the poverty line, Greece is being destroyed," Chomsky was quoted as saying by Euronews.

He said that Greece's debt had been incurred by the fascist dictatorship, supported by the United States, and German and French banks.

In February, Greek authorities and Eurozone finance ministers agreed to extend the country's bailout for four months. Under the agreement, Greece promised to implement a range of economic reforms to revive its economy.

Athens needs to work out a reform plan before the next meeting with the EU finance ministers on April 24 to receive the next financial aid package.