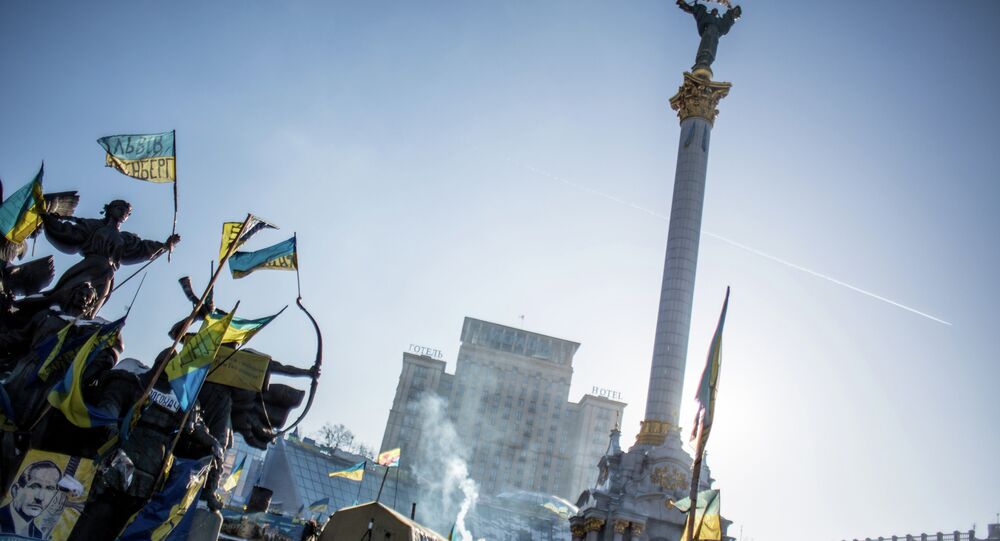 A European MP and leader of Poland’s conservative KORWiN party said that the 2014 Euromaidan riots in Kiev were organized by the CIA and also by Polish spooks.

© Sputnik / Irina Gorbaseva
One Year Later: A Look at How Euromaidan Spurred Ukraine's Donbass Uprising
“Yes, it was our operation too… The snipers had also been trained in Poland. Frankfurter Allgemeine Zeitung recently wrote about exactly who fired the shots in Kiev. The terrorists shot dead 40 demonstrators and 20 police officers to provoke unrest and the truth about this is finally coming out,” Janusz Korwin-Mikke said.

He believes that Europeans, Poles included, should have no fear of Russia.

“We have no territorial problems with Russia and all this military hysteria is playing right into the hands of the United States.”

Mentioning the situation in Ukraine Janusz Korwin-Mikke said that Ukrainians should be “thankful” to the Americans for what is going on in their country.

“Russia had no intention whatsoever to take anything away from Ukraine. For us it was an ideal situation because we would like to have an independent, but weak, Ukraine out there, but the Maidan destroyed everything…”

“[US Assistant Secretary of State for European and Eurasian Affairs] Victoria Nuland openly admitted that he Americans had spent $5 billion to destabilize the situation in Ukraine, and what we now have in Ukraine is an American aggression with Putin bearing the brunt of it all,” Janusz Korwin-Mikke said in conclusion.

Janusz Korwin-Mikke, 72, is Conservative-Liberal Eurosceptic, a Catholic father of six and a popular blogger. He ran for President in 1995, 2000 and 2005.