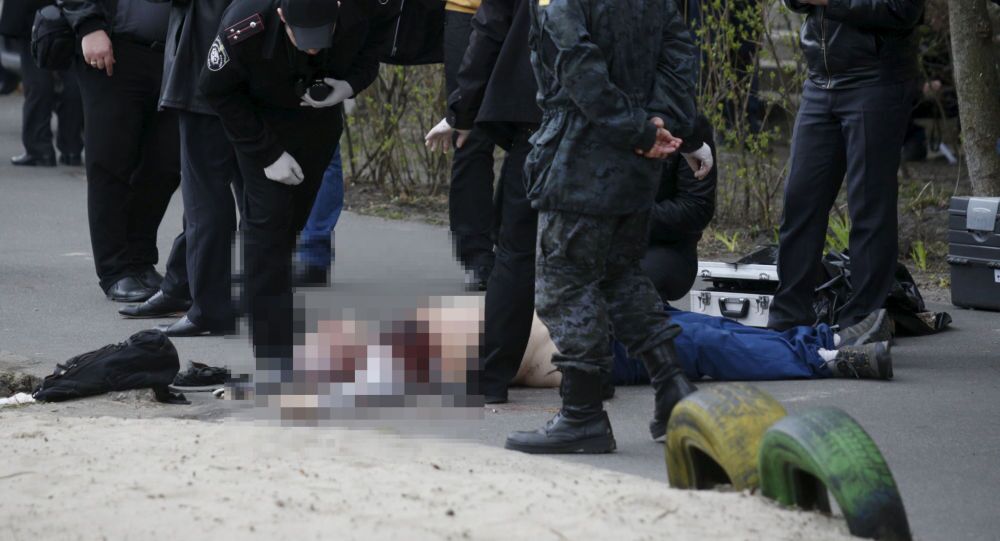 Those behind the murders of opposition politicians and journalists in Ukraine must be held accountable, Spokesperson for the UN High Commissioner for Human Rights Ravina Shamdasani said.

“The killings in Kiev of a former parliamentarian [Oleh] Kalashnikov and of two journalists, Oles Buzina and Serhiy Sukhobok, are also very disturbing and must resolve in a swift and credible investigation shedding light on this crimes and insuring justice and accountability of those responsible,” she said.

© REUTERS / Stringer
Dancing on Grave: Ukrainian Politicians Gloat Over Murder of Journalist Buzina
On Thursday, Ukrainian opposition journalist Oles Buzina, a columnist and editor of the daily newspaper Segodnya, was shot dead in Kiev by two men wearing masks. Buzina was known for the sharp criticism of the current Ukrainian government of President Petro Poroshenko.

Reporters Without Borders (RWB) organization has strongly condemned the killing of the journalist and urged Kiev authorities to conduct a thorough investigation into his murder.

© Sputnik / Alexey Kudenko
Journalist Oles Buzina Killed in Ukraine
On Wednesday evening, former Ukrainian member of parliament and government critic Oleh Kalashnikov, 52, was murdered at his residence in Kiev. Kalashnikov was a vocal critic of the country's ruling government.

On Tuesday, Donetsk journalist Sergei Sukhobok was killed. Sukhobok was one of the founders of the online media Obkom and ProUA, and was known for his opposition to the Ukrainian leadership.