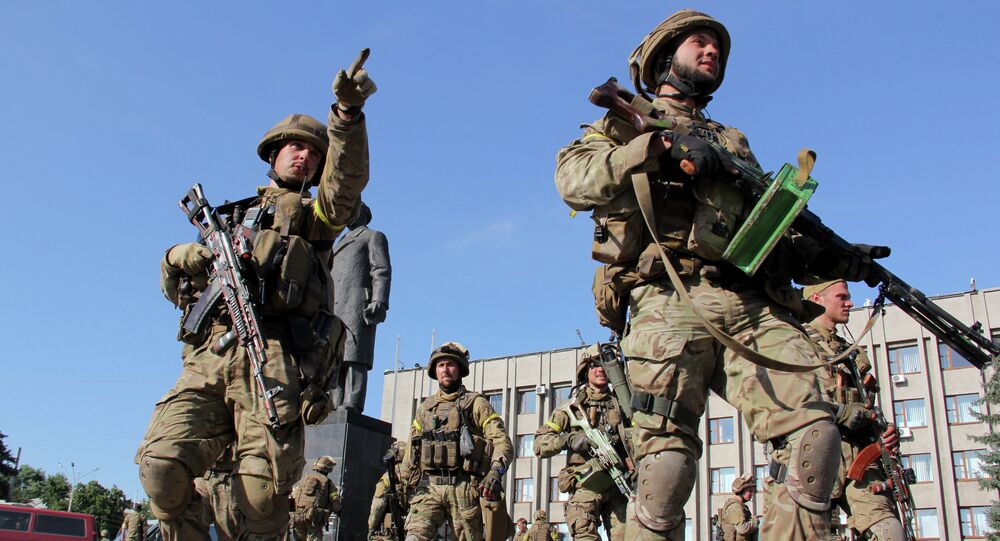 Some 300 US paratroopers arrived this week in the western Ukrainian city of Yavoriv to conduct military training with the Kiev forces, the US Army said on its website.

KIEV (Sputnik) — The training mission is funded by a US Global Contingency Security Fund, approved by the Congress.

"The 173rd Airborne Brigade is here to train with Ukrainian forces. We will be conducting classes on war-fighting functions, as well as training to sustain and increase the professionalism and proficiency of military staffs," Maj. Jose Mendez, a brigade operations officer said in the statement published Thursday.

On Tuesday, Canada’s Prime Minister Stephen Harper said his government would deploy 200 troops to Ukraine as part of a training mission.

In March, a contract bid offer for logistical support posted on a US government website revealed that the US Army intended to send about 300 military personnel to Ukraine to conduct a joint training mission with the Ukrainian army near Lviv from March 5 until October 21.

© Sputnik / Vitaly Podvitski
These Boots Were Made For Walking
© AP Photo / Efrem Lukatsky
Canada Joins Mission to Train Ukraine National Guard
Later, the US Army Europe Commander said the training had been delayed to give more time for the reconciliation process between Kiev and eastern Ukraine's independence forces.