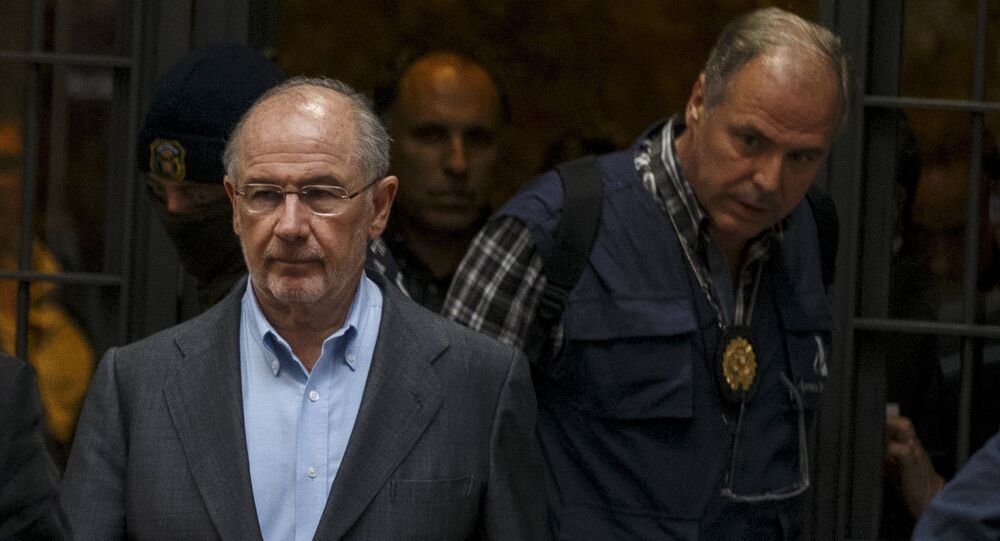 Rodrigo Rato, a former managing director of the International Monetary Fund, reportedly was detained in Madrid.

MADRID (Sputnik) — Rodrigo Rato, a former managing director of the International Monetary Fund, was detained in Madrid on Thursday following a search of his home as part of an investigation into a money-laundering scheme, Spain's EFE news agency reported.

The 66-year-old ex-Spanish finance minister is suspected of taking part in a fraud involving a tax amnesty program introduced in 2012. At least 705 officials are under investigation in this case.

Rato is also reportedly suspected of money laundering and concealment of assets.

Rato denied that he has any funds in offshore accounts in Gibraltar and the Virgin Islands, as the Tax Service suspects.

The latest reports indicate that Rato was released, apparently without charges against him, after several hours of questioning by tax fraud investigators.

The former IMF chief is also reportedly suspected of being involved in falsifying data in initial public offering of Bankia financial group on the stock exchange in 2011. As many as 30 former employees of Bankia are under investigation in this case, according to media reports.