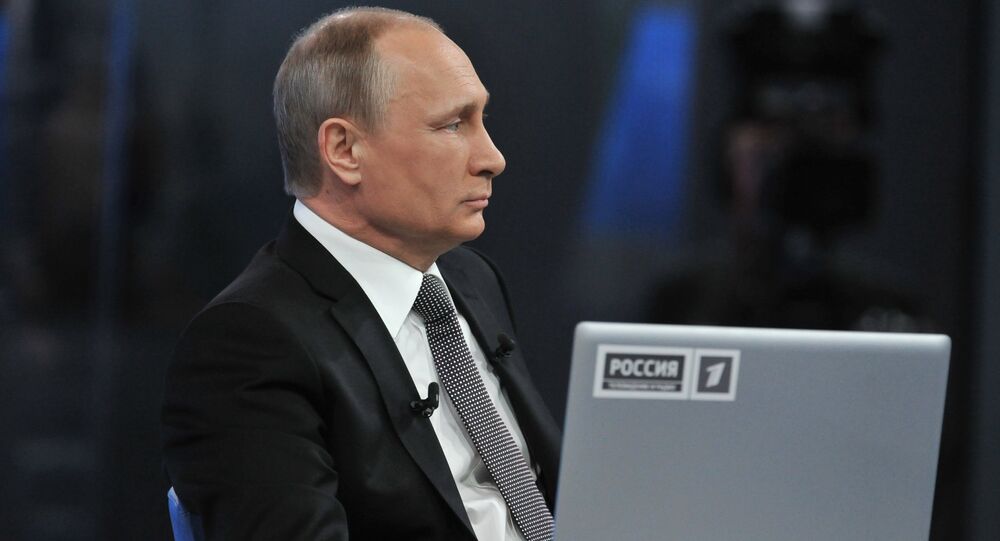 During his 13th annual Q&A session, Vladimir Putin reiterated that not Russian troops are fighting in Ukraine.

Putin said during a Q&A session in Moscow:

“In regard to the question of whether or not our troops are in Ukraine, I’ll say directly and definitely that there are no Russian troops in Ukraine.”

Putin on the rumours that Russian troops are deployed in #Ukraine: I want to make this clear, there are no Russian forces in Ukraine

Since the beginning of Kiev's military operation against the independence supporters of Donbas in April 2014, Kiev and the West accused Russia of meddling in Ukraine's internal affairs – including by sending troops and weaponry to aide Donbas militias. These claims were never backed by credible evidence.

Russian authorities repeatedly denied these accusations, calling for political resolution of the conflict and participating most actively in Ukrainian reconciliation talks on different levels.

The mid-February Normandy Format talks between the leaders of Russia, Ukraine, Germany and France resulted in a 13-point peace plan that included a complete ceasefire in Donbas. According to the Organization for Security and Co-operation in Europe, the ceasefire, which came into force on February 15, has been generally holding.