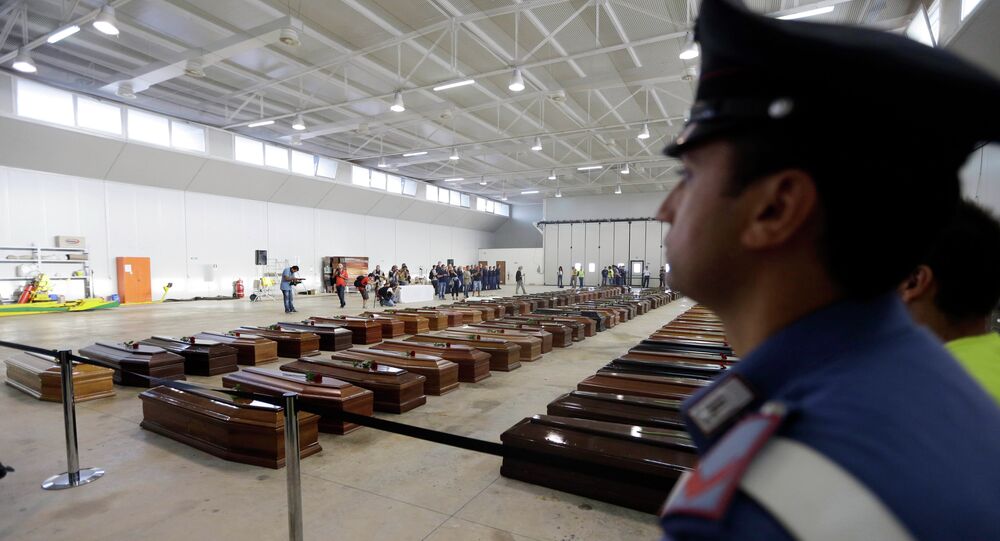 Police in Italy have begun making arrests after it was discovered the contract to run Europe's biggest asylum camp on the Sicilian island of Lampedusa was won by the mafia working alongside corrupt Italian government officials.

Details have begun to emerge of links between local politicians on the island and organized crime networks in Sicily working together to siphon public funds and exploit migrants arriving via Lampedusa, the huge asylum camp where thousands of people arrive after crossing the Mediterranean from war-torn countries.

The $100 million contract to run the asylum camp was won by the Calatino Lands of Hospitality consortium, which has links to organised crime. An anti-Mafia prosecutor is carrying out investigations in the Sicilian city of Catania into how the contract fell into the hands of the consortium.

Ten people have been arrested including Giuseppe Castiglione, Undersecretary for Agricultural Resources and the Sicilian leader of the New Center-Right party and Luca Odevaine, who is already under investigation over allegations that mafia members bribed officials to win contracts for profitable public work and extorted money destined for the country's Roma population and immigrants.

Odevaine works for the Ministry of the Interior and was influential in the awarding of the contract to run the asylum center.

He was arrested after being bugged by the police, and was overheard telling a colleague: "Having this relationship continue with the ministry allows us to steer the flow of migrants coming from down there. Otherwise they would pass by Mineo."

The village of Mineo, is home to 4,000 migrants, who are housed in former military accommodation originally intended for 2,000.

Mayor Valerio Marletta of nearby Palagiano, suspected foul play in the contract award.

"They wanted to involve us in the consortium, but I was opposed. It was clear that the contract had been specifically designed to facilitate the usual activities, and there was no doubt who would win."

More migrants arrived in the Sicilian port of Porto Empedocle on Wednesday, just days after a boat capsized off the Libyan coast with as many as 400 presumed dead. Nearly 6,000 migrants have been rescued in the past four days.

The mafia controls the prostitution, which is rife, as well as the transport to and from the nearby farms, where asylum seekers can earn a meagre salary while awaiting a decision from the immigration authorities. Both transport and labor are all controlled by organised crime gangs. Many are paid as little as a dollar-a-day and the one-way trip to the fields costs over $5.

"They give us very little to eat and one pack of cigarettes a week. We do nothing all day except wait."

"They're keeping us hostage. They keep us here for 14 months until they tell us whether or not we are political refugees," says Himat from Tunisia.