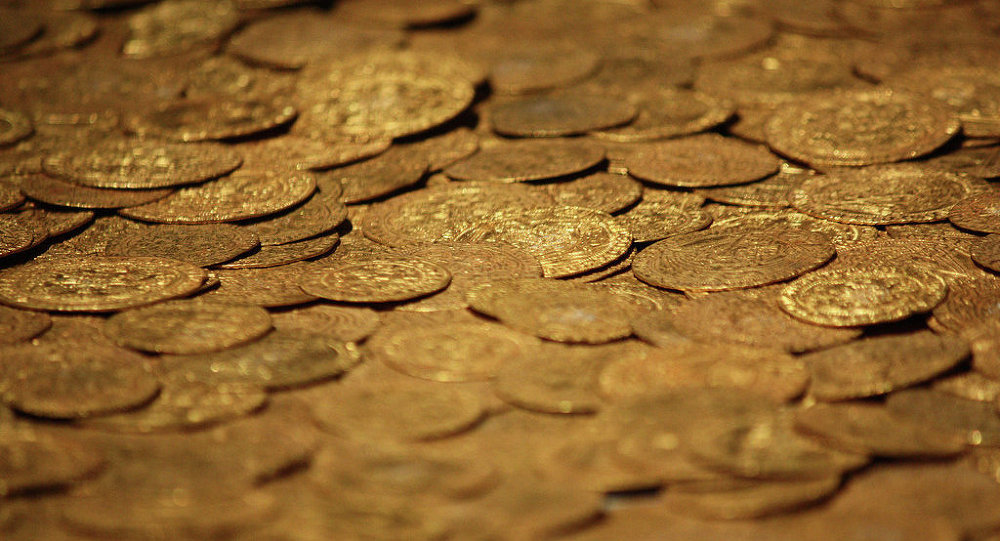 It's November 1942 and the SS City of Cairo passenger steamboat ship is sailing from Bombay to England carrying around 100 tons of silver coins belonging to the UK Treasury. It's the middle of the Second World War and the ship is torpedoed by a German submarine and sinks with its bounty on board. The silver rupees lost forever.

All but six of the ship's 302 passengers escape onto lifeboats before she sinks. The German captain of the submarine tells the survivors: "Goodnight, sorry for sinking you."

The crew are rescued but 104 people on board the lifeboats die.

Fast forward to 2011 and a British led salvage team by Deep Ocean Search (DOS) begin its deep water hunt for the treasure. In 2013 DOS manage to locate the ship 17,000 feet under the sea and beneath meters of mud using a powerful survey and salvage vessel equipped with sonar and robotics.

"Many items were seen on and around the wreck including the end section of the second torpedo, where the contra-rotating propellers could clearly be seen."

"Apart from the silver cargo this was the only item recovered from the site," said Deep Ocean Search.

In 2013, the coins were recovered under contract to the UK Ministry of Transport in what's been described as a "world record' by DOS for recovering anything at this depth, and has only just come to public attention.

The record breaking deep sea divers left a plaque at the bottom of the sea which read:

"We came here with respect."

It's now 2015 and the silver coins on board the sunk ship are worth $50 million, according to The Telegraph.

Cave Explorers Unearth 2,300yo Coins Dating Back to Alexander the Great