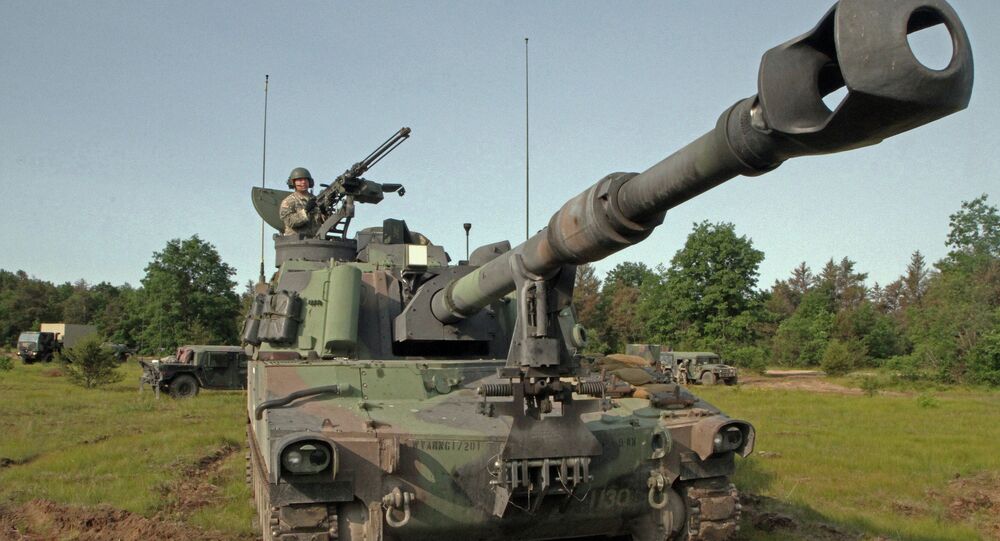 According to Lithuania’s Defense Ministry, NATO's Fire Thunder exercise using US Paladin M109A6 artillery systems has begun in the country.

Servicemen from Lithuania, the United States, Poland and Portugal comprise the 450 military employees who are participating in the drills.

The NATO soldiers are expected to perform coordination and shooting exercises. According to Lithuania's Defense Ministry, the drills will take place at two training areas in the country.

The ministry said that this is the third Lithuanian Armed Forces Fire Thunder NATO collaboration drill, with the number of participating NATO allies increasing every year.

The drills will wrap up on April 24.

Earlier on Saturday, NATO launched exercise Joint Warrior in Scotland, with the participation of more than 50 warships and submarines, alongside 70 aircraft and 13,000 personnel from 14 countries.