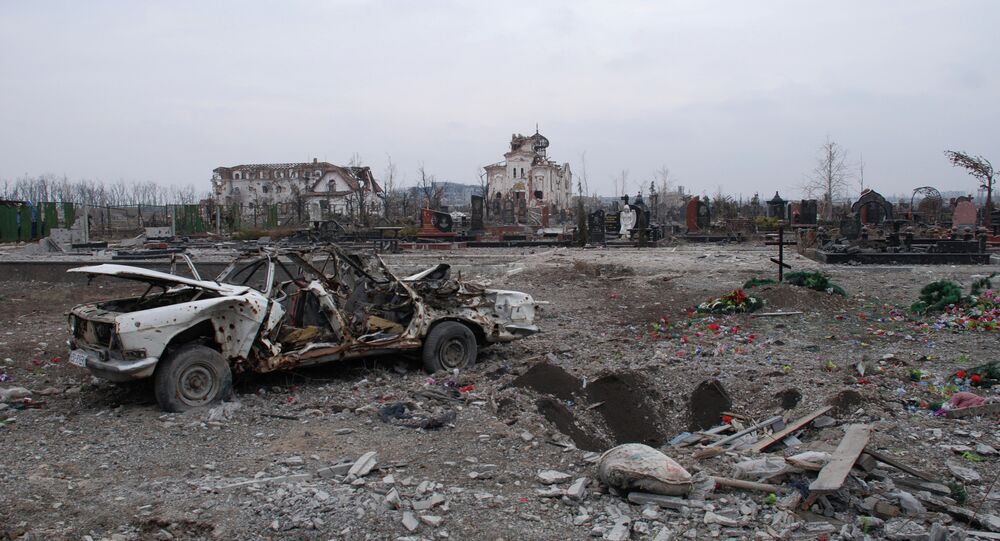 One Donetsk area journalist was killed and a second injured near the Donetsk airport following an antitank missile attack on their vehicle presumably launched by Ukrainian forces.

A Donetsk-area journalist was killed, with a second suffering injuries, after an anti-tank missile launched by the Ukrainian armed forces struck their vehicle, an unnamed security services source in the Donetsk People's Republic told RIA Novosti Sunday.

"One of the journalists managed to survive; he managed to jump out of the car. The second was killed," the source said.

A representative of the OSCE Special Monitoring Mission in Ukraine confirmed to Russian media that the journalist who survive suffered injuries.

Earlier, a representative of the DPR told the Donetsk News Agency about missile strike: "A car carrying two local journalists was destroyed by an antitank missile. The bodies cannot be recovered at the moment as there's heavy fire coming from the Ukrainian side. Currently we're trying to determine what news outlet the slain journalists were working for," the source said.

© AFP 2020 / ANATOLII STEPANOV
Russia Supports Pulling Sub 100mm Artillery From East Ukraine Front Line
Prior to that, an unnamed informed source in the administration of the self-proclaimed Donetsk People's Republic told Donetsk News Agency the journalists were killed after their car was hit by Ukrainian security forces.

© Sputnik / Sergey Averin
One Year of Civil War in Ukraine: Timeline and Facts
DPR Deputy Defense Minister and military spokesman Eduard Basurin noted that his agency cannot yet confirm the details regarding the incident. "At present all the circumstances of the incident are being determined; a more detailed and exhaustive commentary will be provided tomorrow," the spokesman noted.

Donetsk media have yet to report which resource the journalists worked for.

This article has been updated as further details emerge.