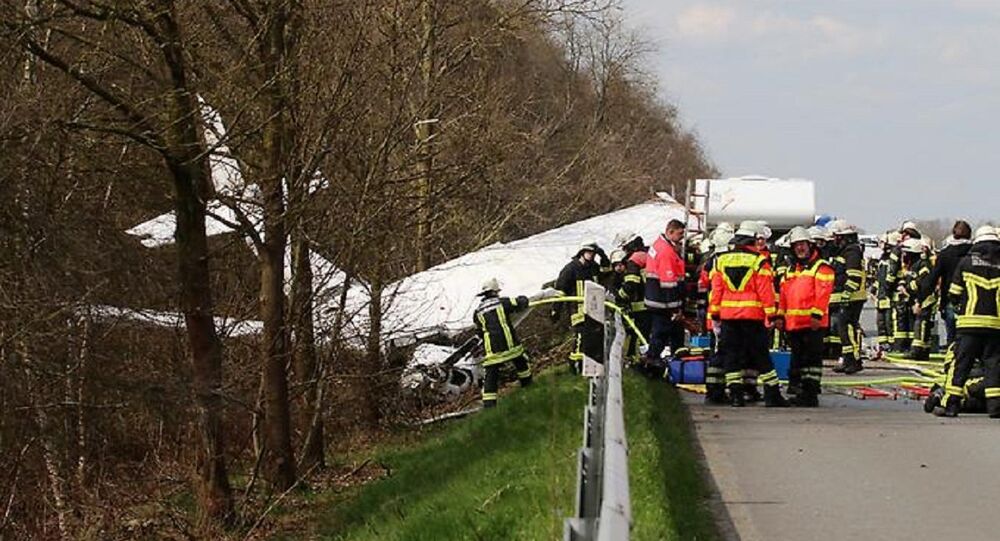 Plane Crashes Into Highway in Germany

A Cessna 172 with four people on board crashed Sunday in the highway A28 near Oldenburg, Germany.

A Cessna 172 plane with four people crashed Sunday in the highway A28 near Oldenburg, Germany. One or two people have been killed, according to various media reports. No motorists are thought to have been hurt.

It's believed the plane attempted to land at the nearby Hude-Hatten airdrome and crash landed on the motorway between a fence and a guardrail.

The rescue teams are currently operating at the scene, NRD.de reports, with helicopters delivering the wounded to hospitals. The highway was blocked off in both directions because of explosion risks caused by a fuel leak.

Neither the reasons behind the crash nor the identity of the passengers have so far been stated.