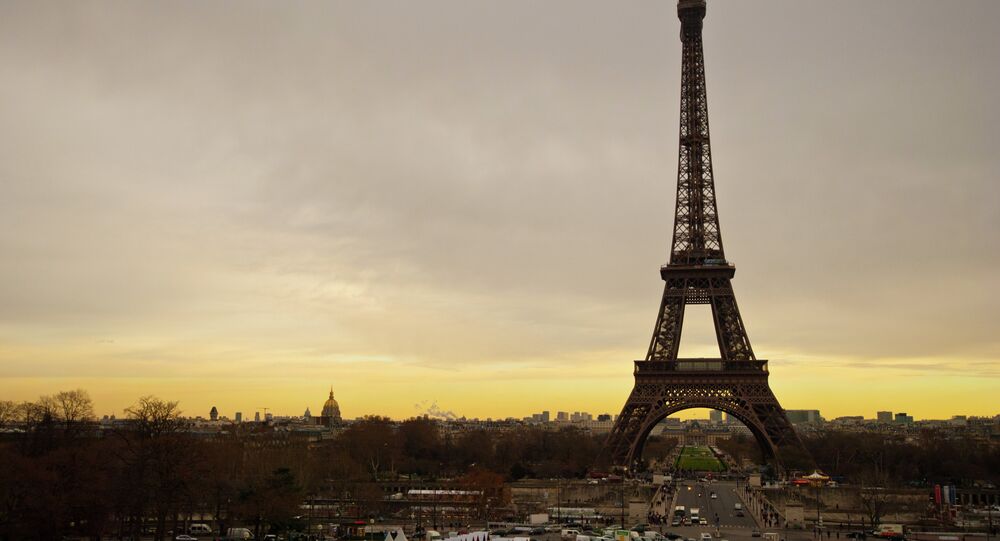 France does not believe the NATO generals who accuse Russia of aggression and French intelligence has its own source of information regarding the Ukrainian crisis.

France does not believe the NATO generals who accuse Russia of aggression, the expert on Ukraine from the University of International and Strategic Relations, Philippe Migault, told Sputnik.

© AP Photo / Petros Giannakouris
France, Germany, Poland Alarmed at Russia's Withdrawal From CFE Talks
From the beginning of the Ukrainian crisis Anders Fogh Rasmussen and then his successor Jens Stoltenberg made several statements which were aggressive in nature towards Russia. The commander in chief of NATO forces in Europe, Philip Breedlove, also accused Moscow of aggression towards Ukraine.

“France will not be fooled. France has its own source of information and we are aware what the explanation for the crisis in Ukraine is,” said the expert.

According to Migault, "as opposed to some NATO countries France does not believe for a single second in the possibility of Russian aggression in the Baltic States and Poland."

“Paris makes it look like it is participating in NATO politics because of the solidarity towards the partners of alliance. If France was not troubled by the sanctions it would have delivered the Mistrals to Russia,” Migault noted.