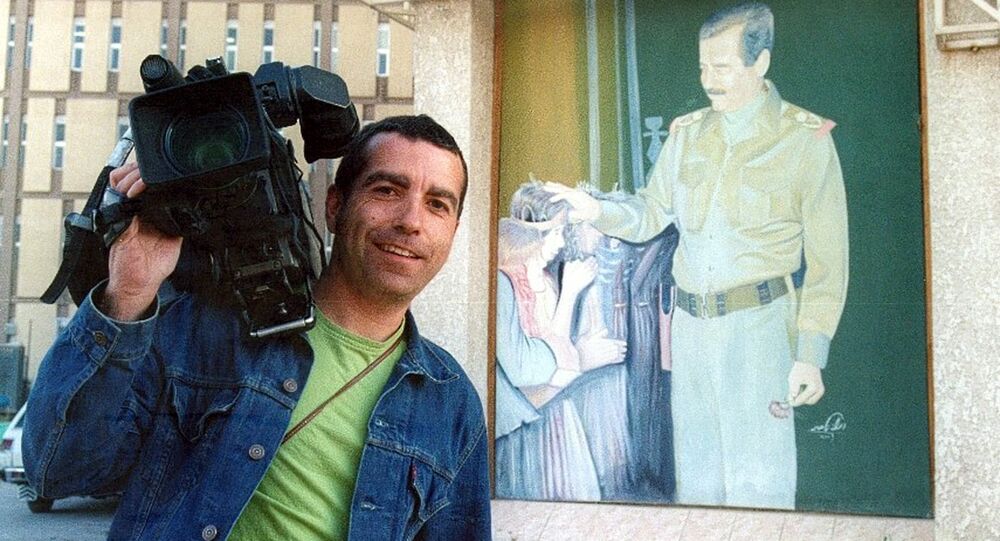 The family of Jose Couso, a cameraman killed by the US military in Iraq in 2003, is organizing a protest next Sunday at the US Embassy in Madrid to demand justice on the 12th anniversary of his death, Couso’s brother David told Sputnik on Friday.

© REUTERS / Stringer
Sweden to Send Troops to Iraq as Part of Anti-ISIL Coalition
MADRID (Sputnik) — Jose Couso was killed on April 8, 2003, at the Palestine Hotel in Baghdad, when a US army tank fired into the building’s 15th floor, where foreign journalists covering the war were based.

The protest at 12.00 pm local time (10:00 GMT) will be attended by family, friends and colleagues of Jose Couso. The victim's brother stressed that Jose Couso’s family will fight for justice until the end.

© REUTERS / Alaa Al-Marjani
Iraqi Forces Liberate Tikrit From Islamic State
So far Washington has refused to cooperate with Spain on the investigation of the Spaniard’s murder, despite a search and arrest warrant being issued against three US soldiers by Spanish judge Santiago Pedraz in July 2010, David Couso said.

According to him, Spanish judge Santiago Pedraz turned last summer to the Genocide Network, an institution under the European Council, asking for their assistance in light of the US refusal to cooperate.

"They [US officials] are very upset that this case is still open, which pleases us greatly."

Claims of US Failure in Iraq Misrepresent Situation on Ground - Biden